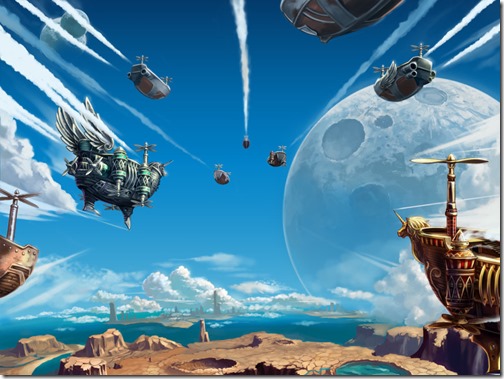 Last week, Sega posted a teaser site with an image of flying airships and the title Treachery of Ciel Ark. Nostalgic for more Skies of Arcadia, I kept an eye out on the site, but this game sounds more like Attack on Titan meets Rage of Bahamut.

When giants suddenly appeared people escaped to the sky. Now, it’s time to fight back with an airship squad and your friends (this is a social game, after all). Axelmark, makers of King’s Game, is developing the title, which is a card RPG.