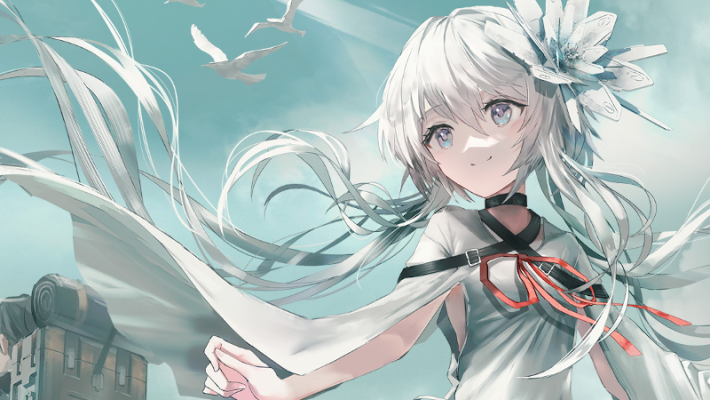 Key has released a demo version of Stella of the End on its website. The demo lets players read the early parts of the kinetic novel’s storyline.

The minimum requirements needed to boot the kinetic novel will be a graphics card that supports DirectX 9.0, a Core 2 Duo processor, 2GB of RAM, and 512MB of VRAM. For the best performances, Key recommends an Intel Core i5 processor with the RAM and VRAM upgraded to 4GB and 1GB, respectively.

While Key’s famous works like Air and Clannad tell stories about the daily lives of modern youth, Stella of the End takes place in the future and has a more serious tone. It will tell the story of Jude Grey, a transporter moving between human settlements on an Earth where hive-minded machines have dominated the world and forced humankind to survive in the corners. Jude will receive a special task to escort Filia, a girl-like android who is not affected by other machines. The two will have deep interactions with each other, with a rumor circulating about a space elevator that can turn androids into humans.

Key published the opening movie for the kinetic novel at the end of July 2022. It will have “breath of stella” by Zero Aimiya as its theme song. While Key has released another visual novel titled Loopers with a global English version, it has yet to confirm a localization for Stella of the End. This new demo is only available with Japanese subtitles.

The full release of Stella of the End will be available for PCs in Japan on September 30, 2022.