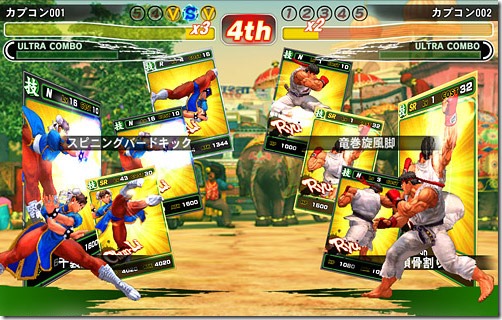 Earlier today, Capcom announced a large range of games headed to smartphones and tablet devices, including titles such as Breath of Fire 6. Among these announcements was Street Fighter: Battle Combination, a card RPG.

In Street Fighter: Battle Combination, you build a deck of cards of Street Fighter characters and do battle in 5-on-5 matches. The game is headed to iOS and Android on October 22nd in Japan.