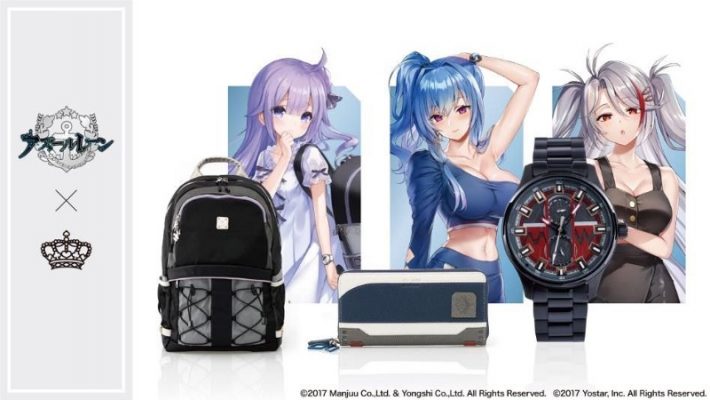 SuperGroupies will release new merchandise inspired by Azur Lane shipgirls in 2021. The brand is known for producing merchandise from many famous game and anime franchises. It has now added the popular mobile game Azur Lane into the lineup. [Thanks, Game Watch!]

The collection will consist of watches, bags, and wallets designed after HMS Unicorn, USS St. Louis, and KMS Prinz Eugen. Each item will have details based on the represented shipgirl. For instance, Prinz Eugen’s watch will have a beauty mark on the watch indices bottom left corner. USS St. Louis’ zippers will be based on her hair accessories. HMS Unicorn’s bag and wallet will also come with an alloy keychain of her pet friend Yuni.

Pre-orders for these items are immediately available until June 14, 2021. SuperGroupies will ship the Azur Lane bags and wallets in late September 2021. The watches will take a longer time to finish, so they will be delivered later in early December 2021. Every purchase in this collection will come with a bonus case containing the representative shipgirl’s illustration, drawn by Akira Yuasa. 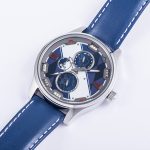 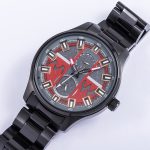 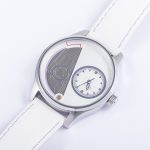 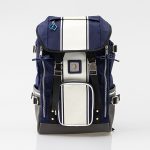 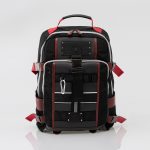 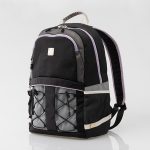 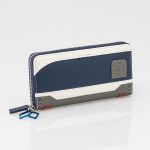 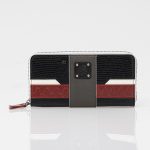 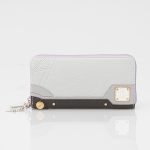 The mobile game, still ongoing after 4 years, has regularly added new shipgirls through various limited events. The next major event, “Mirror Involution,” will add USS New Jersey and more America-based shipgirls from May 27, 2021, to June 10, 2021.