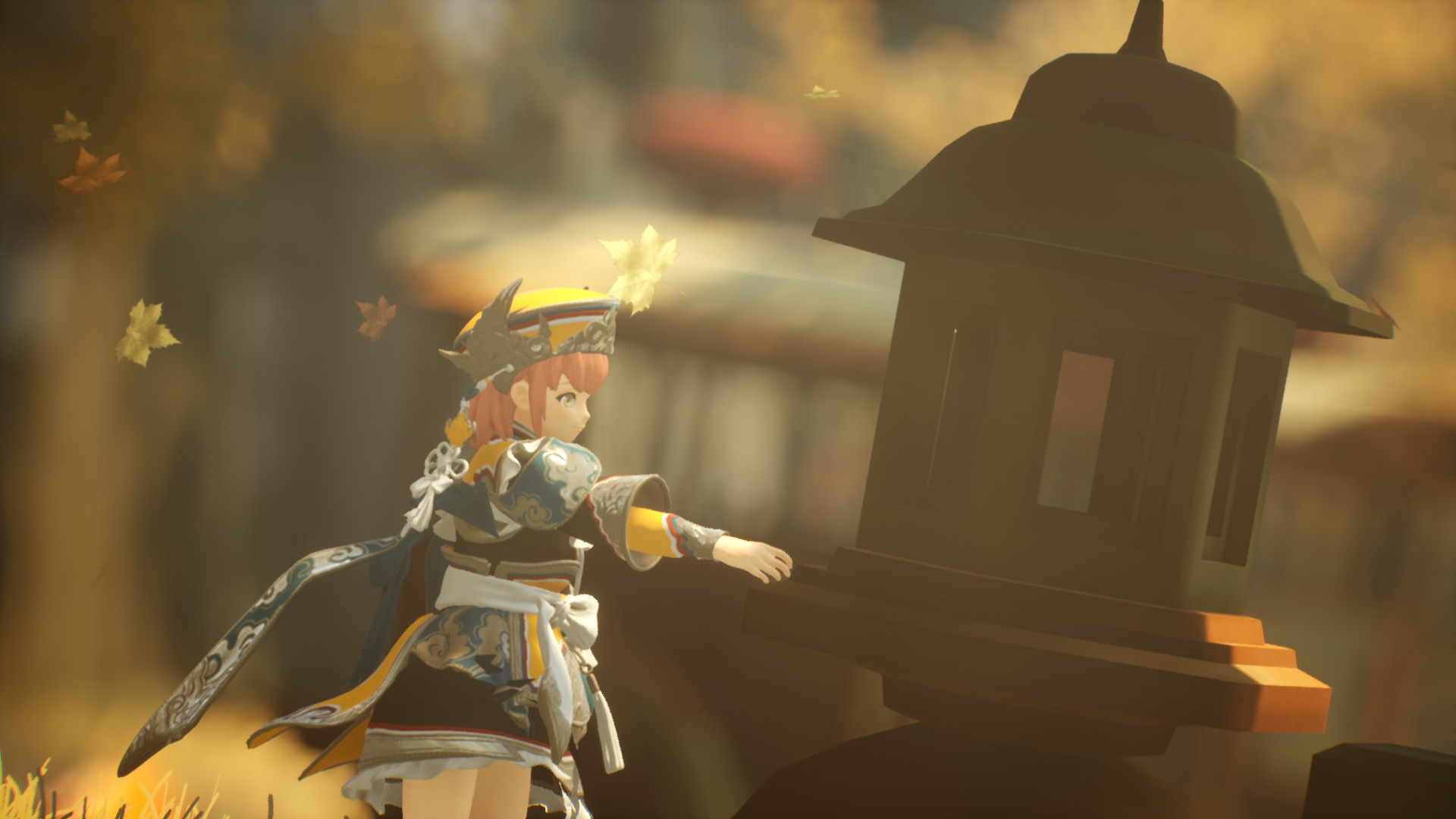 Tasomachi: Behind The Twilight is an absolutely beautiful platforming adventure game from the Japanese developer Orbital Express. It focuses on a girl named Yukumo as she travels to seemingly deserted islands in hope of fixing her airship after it mysteriously breaks down.

Tasomachi is less of an adventure game and more of an exploration sim with adventuring aspects. Playing as Yukumo, the goal is to collect the 90 sources of Earth. Along with that, she needs protection from every sacred tree in order to clear the fog from the island. This all boils down to a very simple gameplay loop: clear each platforming level to receive the currency needed to move on to the next level and eventually reach the final level, which remains blocked until you have 90 gold lanterns. 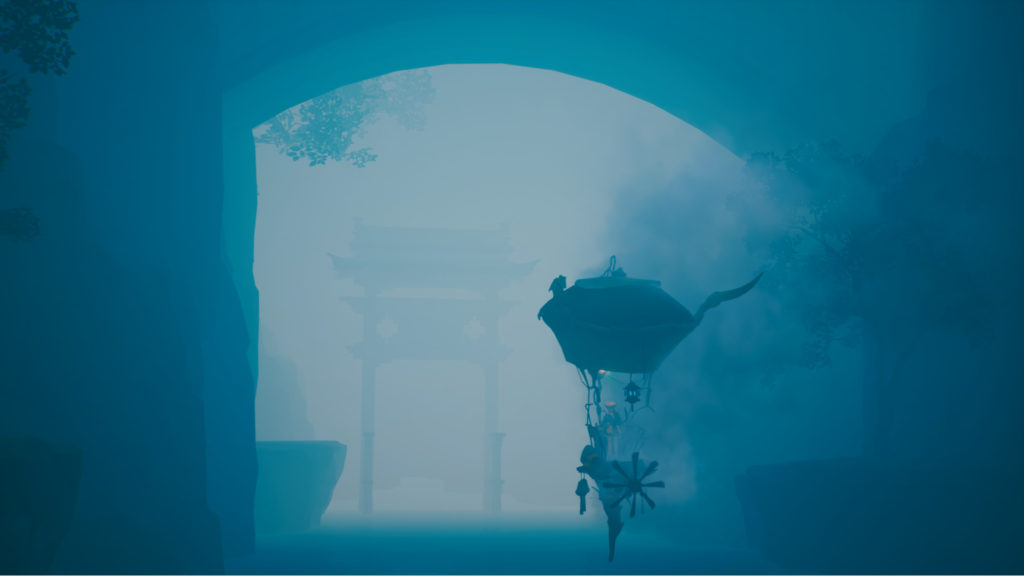 Set in what I would describe as “Fantasy East Asia,” Tasomachi wears its inspirations well. Most of my enjoyment came from the scenery in the game, not the gameplay itself. More on that later. While the towns become repetitive, there’s still a lot of serenity within them. The music feels similarly paid attention to. It uses traditional string instruments and a somewhat chill, jazzy beat that works really well whether you’re walking around a town or moving through rooms full of platforms.

While both the visuals and the game are simple, in those aspects the simplicity genuinely works. Tasomachi really thrives on the idea that less is more and simple doesn’t equate to boring. The opening of the game was easily one of my favorite parts. Traveling along an extremely detailed ocean in a floating boat, surrounded by muted colors was a strong start. I just wish I was able to find the moment again. 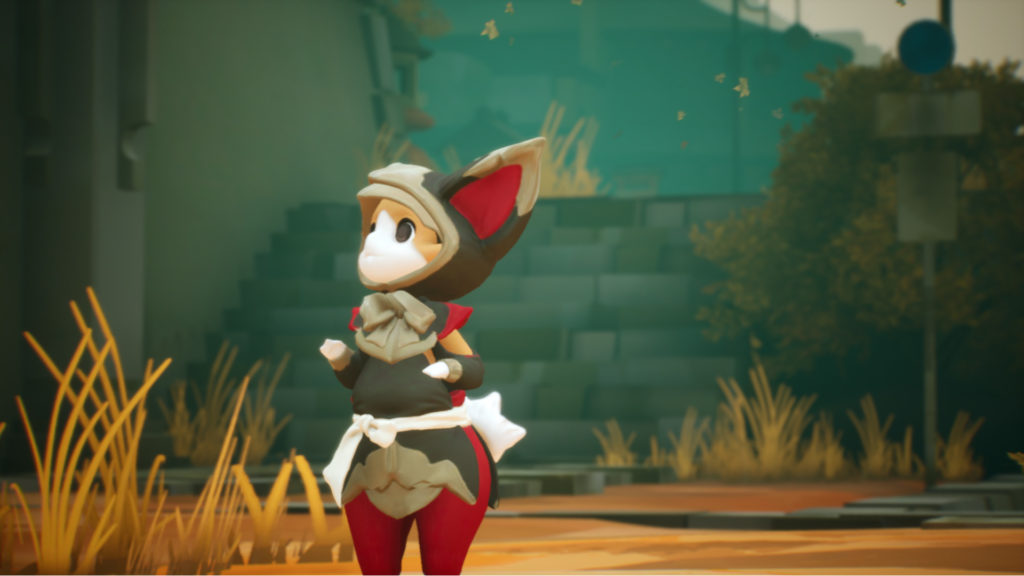 That simplistic vision begins to falter within the gameplay. To start, the UI is minimal to a fault. So little information is provided on the screen that if you miss dialogue or simply need a reminder, you’re out of luck. The biggest issue with Tasomachi however, is that it’s a platformer that feels as though the platforming mechanics were a second or even a fourth thought. For all the beauty in the game, playing it was an underwhelming experience.

I absolutely love platforming games and mini-games. If a game has space to jump around, I’ll do it. Each level of Tasomachi includes multiple platforming sections that utilize different mechanics. Platforms slide left and right, up and down, there are rotating wheels that you have to navigate. It’s just…simple. On top of it all, the controls themselves are ridiculously floaty and weird to control for a game mechanic that requires a lot of control. Difficulty in the game didn’t come from the levels themselves. For a good portion of the game, I was able to just move forward and slightly time my jumps to make it through. There wasn’t really any challenge beyond trying to maneuver extremely floaty and inconsistent controls. That’s where precision was necessary. Not when platforming, but when I had to control a character that seemed to move like a ghost. 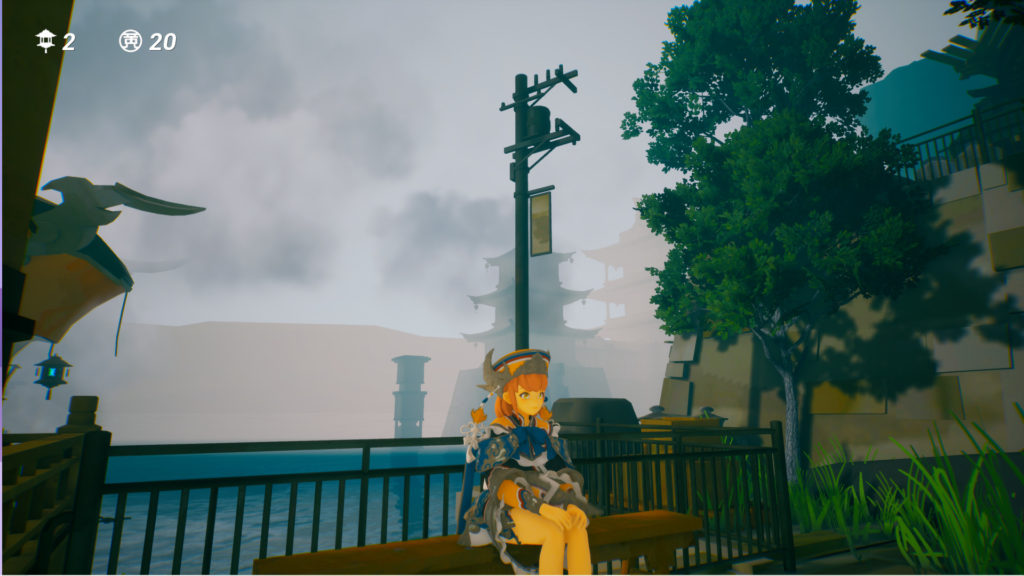 Not every game needs to be difficult and an easy to play relaxing journey has its merit. But when it starts to feel like an aesthetic and visual style are prioritized over every gameplay mechanic, you end up with a game that’s only fun for an hour or two. That is Tasomachi’s biggest problem. The interest I had in it wore off after maybe four levels, and the beauty of the game simply wasn’t enough.