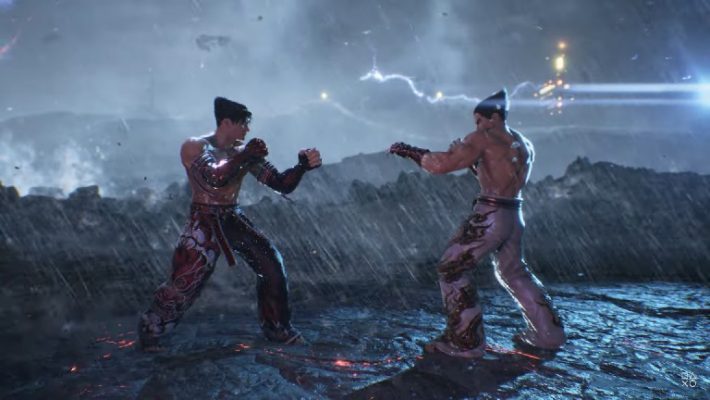 During Sony’s State of Play Bandai Namco announced the latest entry for the Tekken series of fighting games, Tekken 8, with a new trailer. At almost two minutes long, the trailer is a fight between Jin Kazama and Kazuya Mishima. It will appear on the PlayStation 5, with more information appearing soon. Bandai Namco confirmed that the game will also appear on Xbox Series X|S and PC via Steam.

There are some cinematics throughout the battle, such as close-ups on biceps and camera angles. According to the notice in the beginning, this trailer uses “real-time rendered footage” from the game. But it is unclear if everything will remain in the finalized product, or if it was rendered specifically for the video.

Bandai Namco first teased Tekken 8 during Evo 2022. However, Bandai Namco did not officially confirm what their video was.

The previous Tekken game, Tekken 7, first came out for arcades in 2015. It later appeared on the PS4, Windows PC, and Xbox One in June 2017. As of June 2022, Tekken 7 has sold over 9 million copies worldwide. It was a continuation of Tekken 6 in terms of the story, and introduced new elements such as Power Crush and Rage Art.

Tekken 8 is in development for PS5, Xbox Series X|S, and PC via Steam. More news on the game will appear in the near future.