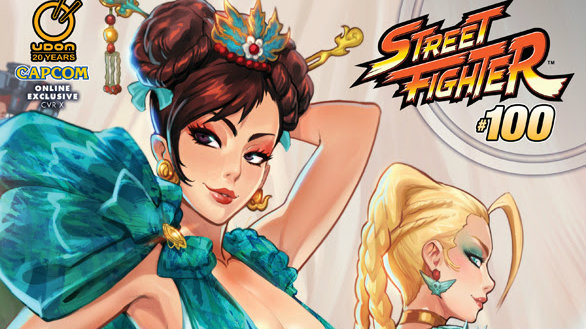 The Street Fighter comic is celebrating a special occasion. Namely, Udon Entertainment and Capcom’s series passed #100. To commemorate that, there are two online-exclusive cover variants. One is a rather basic $15 version with a totally blank sketch edition cover. The other is a $20 version with incredibly fashionable versions of Chun-Li and Cammy.

The CVR X online exclusive features art by Reiq, who is known for pin-up art and has drawn Capcom characters like Cammy, Chun-Li, Juri, and Felicia before. Chun-Li and Cammy are walking a cat walk in front of paparazzi in two different sorts of gowns. In the background, you can see Ibuki watching the two of them. 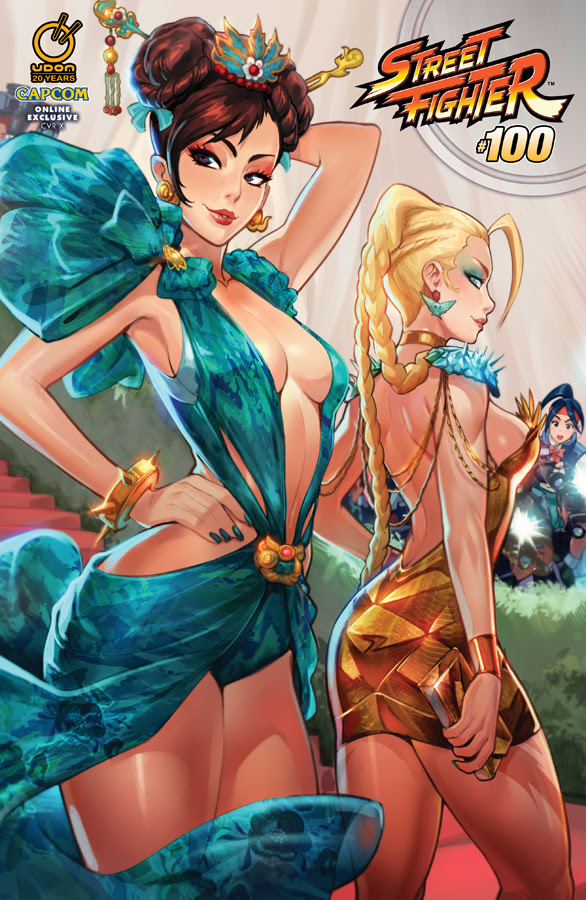 And here’s the official description for this issue of the comic, which was illustrated by Panzer and written by Ken Siu-Chong:

Between them, Ryu and Chun-Li have faced every relentless rival, villainous despot, and monstrous creature in the Street Fighter universe. Now, for the first time, these two martial arts masters square off in the ultimate fan-service fueled fight! UDON’s 100th Street Fighter comic is a celebration filled with clashes, cameos, and conflict! Street Fighter #100  celebrates 100 Street Fighter comics and Udon’s 20th anniversary!