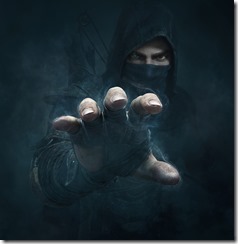 Square Enix have released new screenshots/art from their upcoming Thief reboot, slated for release in February 2014.

As previously detailed, the new Thief will be available for PC, Xbox 360, Xbox One, PlayStation 3 and PlayStation 4. North America will get the game on Feb. 25th, while PAL territories will see it on Feb. 28th.

In case you missed it, you can catch the latest trailer for the game here.