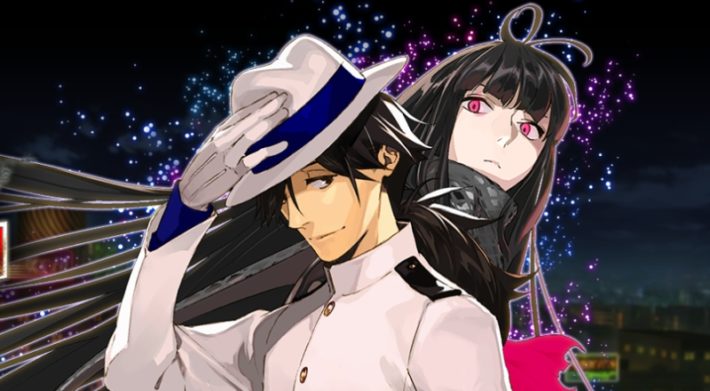 International travel to Japan may be limited at the moment, but Fate/Grand Order players will get to do a bit of alt-historical tourism starting on June 3, 2020. That’s when the game’s latest event, GUDAGUDA Legend of the Imperial Capital Grail ~Far East Demonic Front 1945~, kicks off. As implied by the title, the event is set in 1940’s Tokyo, back when more commonly referred to by Japanese as Teito (the “Imperial Capital”).

Players will engage in “territory control” battles to take over Tokyo and, at the end, they’ll get a free four-star Servant: Sakamoto Ryouma. In history, Sakamoto Ryouma was an influential 19th-century samurai who advocated for modernization, democracy, and government reform at the end of the Tokugawa Shogunate. He was assassinated in 1867, just before the outbreak of the Meiji Restoration. In Fate/Grand Order, he’s a detective, accompanied by Oryou, his wife, who happens to be a dragon spirit of some sort.

Of course, this being Fate/Grand Order, things won’t go as the historical record shows. In fact, things are almost guaranteed to be more deviant than usual, since this is a GUDAGUDA event. Like the recently rerun of GUDAGUDA Meiji Restoration, Legend of the Imperial Capital Grail is based on Fate/KOHA-ACE, a comedic parody manga. Several KOHA-ACE characters, including Fate‘s versions of Oda Nobunaga, Okita Souji, and Hijikata Toshizou, are already available in Fate/Grand Order‘s playable roster.

Players wanting to roll the gacha will also have new Servants to attract their Saint Quartz. Majin Okita Souji is a five-star Alter Ego-class Servant, who also happens to be the “Alter” (essentially a “dark” version of an existing character) of Okita Souji. The three-star Assassin Okada Izou is based on the famous “man-slayer” of the bakumatsu period, and is one FGO’s only limited-availability three-stars.

Legend of the Imperial Capital Grail – Far East Demonic Front 1945 – is live now, and will run until 21:00 PDT on June 16th, 2020. Prospective participants can play Fate/Grand Order on iOS and Android.