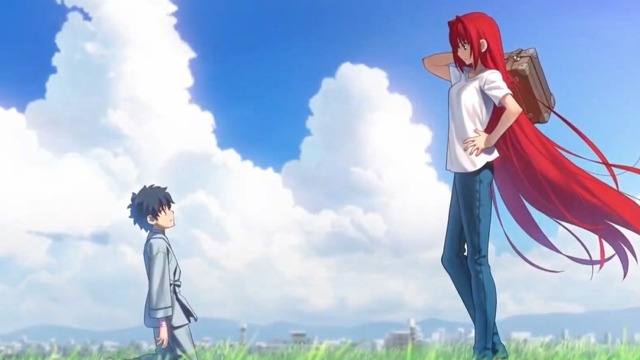 During the Type-Moon Times Vol. 2 stream, more information regarding the Tsukihime: A Piece of Blue Glass Moon remake appeared. This included an entirely new trailer, showcasing new artwork made for the remake. Additionally, additional members of the voice cast that will lend their talents in the upcoming Tsukihime remake were revealed during the broadcast. [Thanks, Famitsu!]

The new trailer featured various scenes in the visual novel. Viewers are also given a taste at the voice acting that will accompany the remake. This includes several key characters in the story. You can watch the latest trailer for the Tsukihime: A Piece of Blue Glass Moon remake below.

The trailer is relatively short at roughly three minutes long. However, it comes jam packed with voice acted scenes and various illustrations of key characters in Arcueid and Ciel’s routes.

Additionally, during the broadcast more voice actors that will appear came up. The voice cast for the Tsukihime remake now includes:

An archived broadcast of the stream is currently available to watch through the official Type-Moon YouTube channel.

Tsukihime: A Piece of Blue Glass Moon will be released on the PlayStation 4 and Nintendo Switch in Japan on August 26, 2021. An English language version, or localization has yet to be announced.