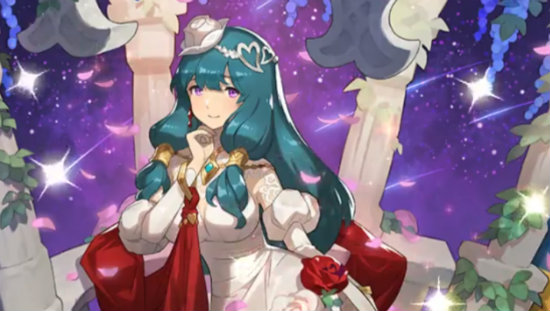 The latest Dragalia Lost event has begun in time for Valentine’s Day. It is the Valentine’s Confections story event and will run until February 22, 2019.  This time, people will have an opportunity to earn roses that will allow them to read stories about certain characters and collect Wyrmprints. As usual, the event is accompanied by a new Summon Showcase called Ardent Admirers. CyGames has sent everyone a Tenfold Summon Voucher too.

Here’s how Valentine’s Confections works. Every quest someone takes gives them Ravishing Roses now. (This is in addition to the normal rewards.) You can then spend these Ravishing Roses to read chapters of stories for certain characters. The Ranzal and Luca and the Elisanne and Cleo storylines are already open. The ones for Ezelith and Orion will open up on February 17, 2019, while the ones for Hildegarde and Prometheus can be viewed starting on February 20, 2019. Each character’s story unlocks one Wyrmprint.

As for Ardent Admirers, it is a fire element banner that will also end on February 22, 2019. The focus five-stars are Valentine’s Hildegard, a staff wielder who can heal, and Prometheus, a fire-based dragon. People can also get the bow-wielding four-star Ezelith and sword-wielding three-star Orion.

Dragalia Lost is available for Android and Apple iOS devices.