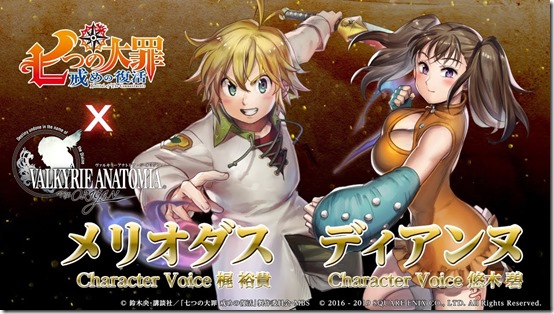 Square Enix revealed the very first collaboration event in 2019 for its smartphone game, Valkyrie Anatomia, with a crossover featuring Meliodas and Diane from The Seven Deadly Sins by Nakaba Suzuki.

Here’s a first look at Meliodas and Diane made with 3D models for the game and busting out some flashy moves. 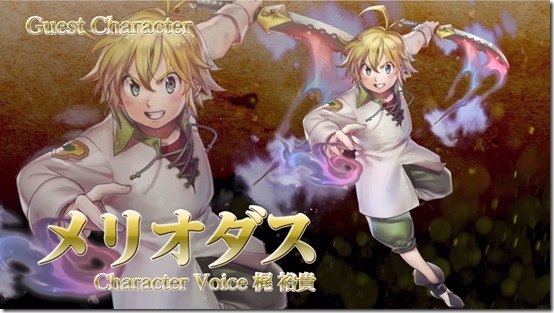 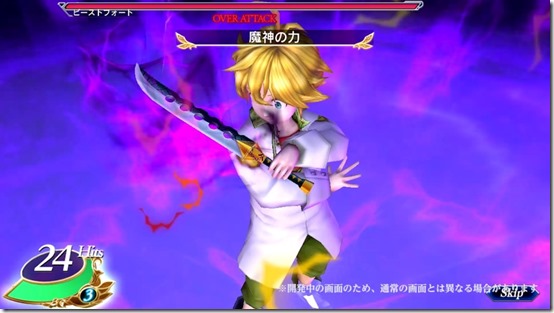 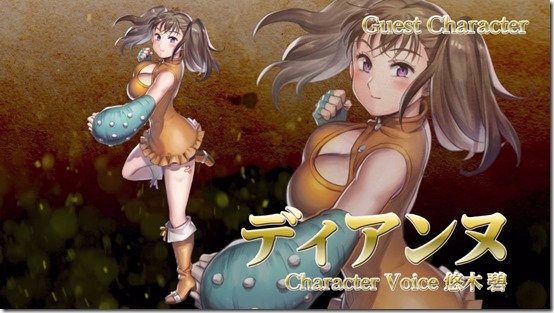 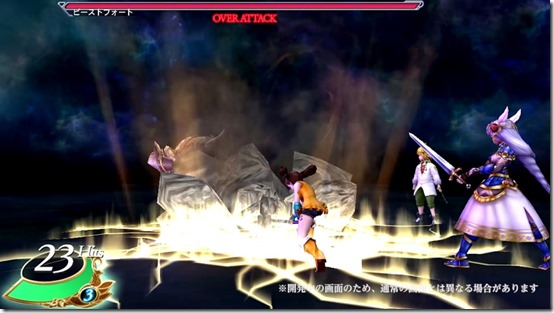 The Valkyrie Anatomia x The Seven Deadly Sins collaboration event starts in Japan on February 12 at 6:00pm JST and it’ll end on February 18 at 6:00pm JST. It’ll have a  beginner’s login bonus that comes with Meliodas (PR) and a total of 5,000 Gems.

Valkyrie Anatomia is available in Japan for iOS and Android. Previous collaborations include Goblin Slayer and Priestess from Goblin Slayer, Mikasa and Levi from Attack on Titan, Lina Inverse and Naga from Slayers, Olberic and Primrose from Octopath Traveler, Velvet Crow and Cress Albane from the Tales of series, Cliff Fittir and Myuria Tionysus from Star Ocean.