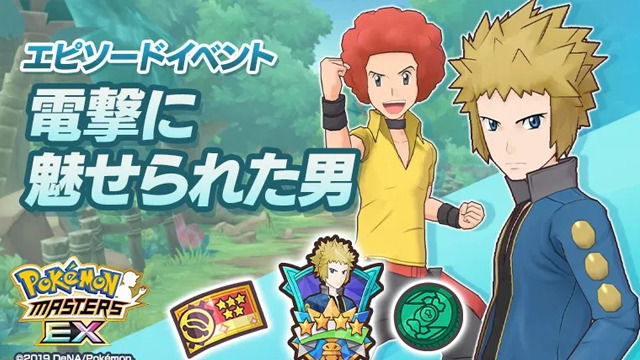 Volkner and Luxray have been added to Pokemon Masters EX alongside a new event. Players will be able to scout Volkner and Luxray at an enhanced rate through their Sync Pair Scout banner until October 15, 2020.

Additionally, Volkner and Luxray will arrive with their expanded Sync Grid. This Sync Pair can be raised to the new 6★ EX rank, which unlocks a different color palette for both the trainer and their signature Pokemon. Players will also receive a Tech Move Candy Coin upon scouting Volkner and Luxray for the first time.

The Eccentric Electrician Event is a new story event that features Volkner and Flint. Similar to previous events, players will be able to earn currency that can be used for pulls from the event prize box. This includes a special guaranteed 5★ Scout Ticket. Thirty of the 5★ Scout Tickets must also be obtained in order to redeem and use the 5★ Scout Ticket for the guaranteed banner. Event specific medals can also be earned as a reward from this event.

You can watch the demonstration video for Volkner and Luxray in Pokemon Masters EX below.

5★ Volkner & Luxray will debut in the sync pair scout!

Check out their sync move, Star Shock Thunder Fang! This Electric-type sync move increases in power if the target is paralyzed.#PokemonMasters pic.twitter.com/3SfcEn5BiX

Recent additions to the roster of Pokemon Masters EX include Gladion and Silvally, Lillie and Clefairy, and Lusamine and Pheromosa.