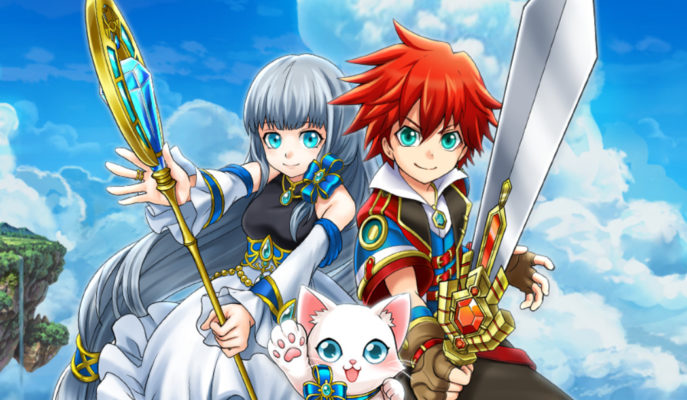 People who have been following Siliconera may remember that there is an ongoing lawsuit between Nintendo and Colopl over the usage of their patented processes in White Cat Project. Colopl announced that it will be changing the control scheme for how skills are activated. While isn’t a hard confirmation of Nintendo’s win, does mean that it is essentially admitting there was some issue or fault.

This comes after stealth changes to the game’s control scheme for movement, as we explained in our previous write-up. The lawsuit included five patent infringements on Colopl’s part, and this seems to address yet another one of these claims. 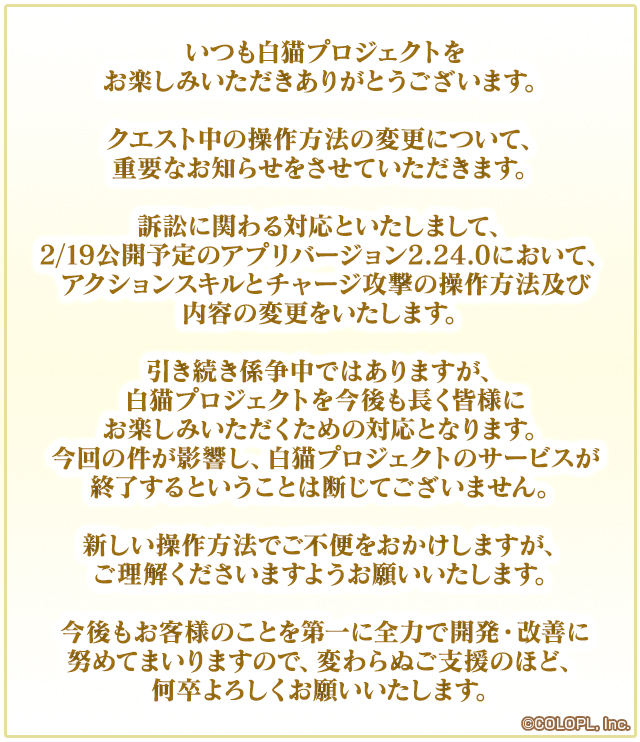 In the message on Twitter, Colopl acknowledges that this has to do with the lawsuit with Nintendo that continues on to this day. However, the company claimed that White Cat Project will not end service due to this lawsuit and asked players for their understanding on this control method change. The company will continue developing and improving the game and hopes players will continue to support it.

White Cat Project is available on iOS and Android devices.