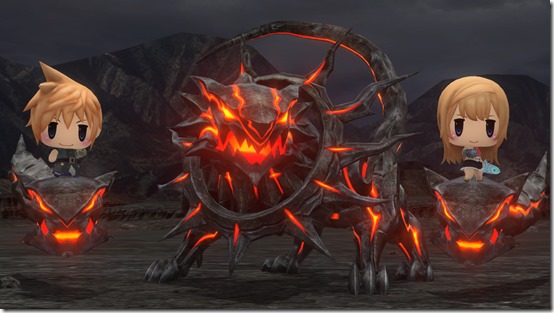 The Final Fantasy with Pokemon elements is heading to another platform. World of Final Fantasy is coming to Steam. It will launch on November 28, 2017 in with standard and Day One editions.

The World of Final Fantasy Day One addition is a pre-order incentive. This gives people a copy of the game, a wallpaper with heroes and monsters from the game on it, and a digital soundtrack sampler. The soundtrack is not a complete one, so you will only get a few of the tracks.

Square Enix has also mentioned some of the special features available in the PC version of World of Final Fantasy available through Steam. There will be both Achievements and Trading Cards to earn. Some of the characters who were released as DLC for the console and handheld versions, like Final Fantasy VII’s Sephiroth, Final Fantasy XII’s Balthier, the Glow Moogle, and the White Chocobo. You will also be able to use a controller or your computer’s keyboard to play.