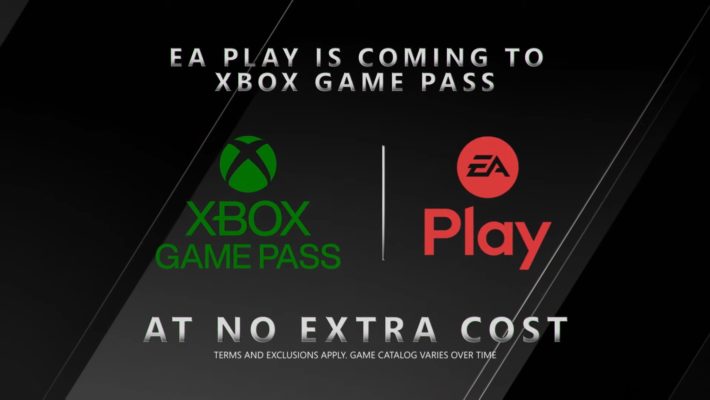 Xbox Game Pass’ library is about to grow. What’s convenient is that this will happen, but it won’t cause its price to increase. During its Xbox Series X series of announcements, Microsoft revealed an Xbox Game Pass EA Play announcement. If people subscribe to Microsoft’s service for PCs or at the Ultimate level, they’ll also be getting the EA Play games. It will roll out during the holiday 2020 season.

To help eliminate any confusion, Microsoft explained exactly which consoles and platforms will benefit from this offer. If someone has the PC membership, which is $4.99 per month at the moment, they will have access to the Microsoft game library of over 100 games, the EA 10-hour game trials, the EA Play game library, and the EA discount offers. Should someone go for the $14.99 option that includes the Xbox One, Xbox Series S and X, PCs, and Project xCloud Android game streaming support, they’ll get Microsoft’s game library, EA Play’s game library, the discounts, the game trials, and the ability to play games both EA Play and Microsoft library titles on Android devices via streaming.

Here’s a trailer going over everything.

The Xbox Game Pass EA Play merger will take place sometime during the 2020 holiday season, to go along with the Xbox Series S and Xbox Series X launch on November 10, 2020.