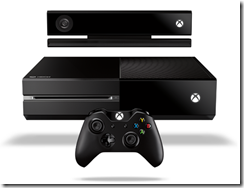 During a Gamescom press conference, Microsoft explained how indies will be able to release games for Xbox One. The program will not have fees, certification or any activation.