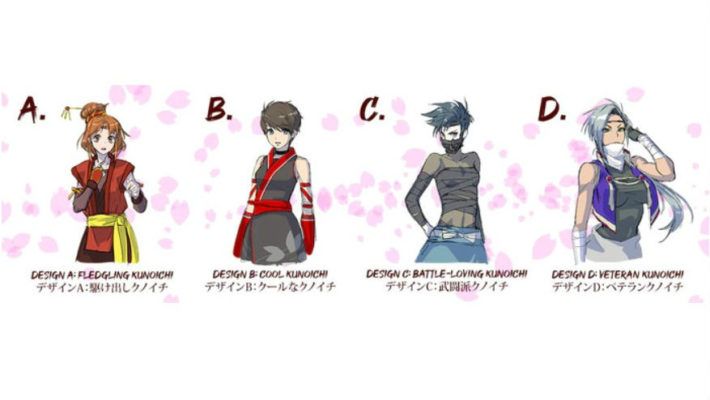 Now that the Eiyuden Chronicle Kickstarter is in its final days, even more of the potential stretch goals have been revealed. One very likely to be hit would help increase the size of the cast even further. If $3.85 million is reached by August 29, 2020, backers will be able to vote on the 110th Eiyuden Chronicle character. She’s a kunoichi!

A brief description of this 110th possible heroine was shared, now that her stretch goal has been shown on the “map.” Here’s what Rabbit and Bear Studios had to say about the ninja.

This sneaky character lives much of her life in the shadows, but that’s not why no one knows her face. It’s you, dear backer, that will be choosing what she looks like when she steps into the light.

This would mark the second backer-vote hero for the project. The first was the 109th Eiyuden Chronicle character, who turned out to be Markus the Skeleton King. Backers picked his design out of the possible four shared in the Discord, and he won with 1869 votes. The other possible contenders were Classic Vampire, Dead Lord, and New Wave Vampire.

PROFESSION: Skeleton king who has “lived” for three centuries

In times past, Markus tried to found a kingdom for the undead—a failure that cost him dearly and put him to flight. These days, he contents himself with a single castle and a band of loyal followers who, um, might best be described as the “old” guard.

And here were all the possibilities for the 109th Eiyuden Chronicle character. 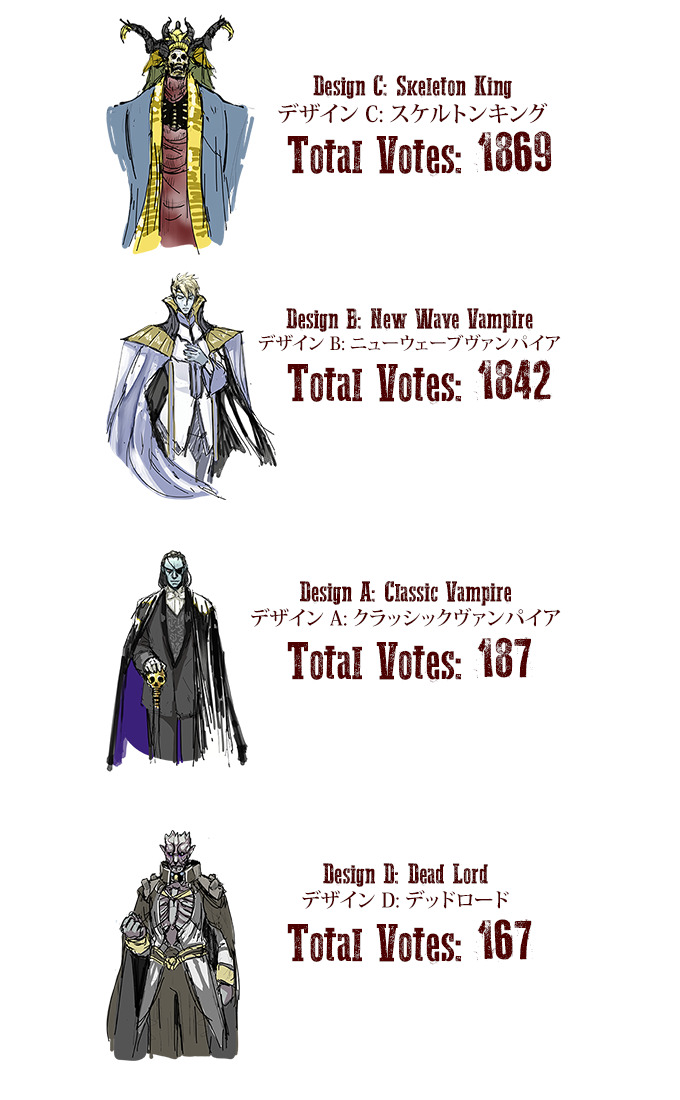 Since Eiyuden Chronicle has passed $3.79 million in funding, a few more stretch goals have been cleared. The Card Battle TCG minigame will be added. People will also be able to check rankings to see who they used most and which characters other folks are using.

In addition to the 110th character, a number of other stretch goals have been fully revealed. at $3.8 million, a Theatre System will be added to the game. This will be like Suikoden’s theater, where you could have a stage in your hub and have characters put on plays with scripts you’ve collected. At $4 million, a DLC backstory novel by Yoshitaka Murayama looking at Allraan will be released. (Backers will get this add-on for free.)

The Eiyuden Chronicle Kickstarter will end at 9am PT/12pm ET/6pm CET on August 29, 2020. The expected PC release window is October 2022, and PlayStation 4, PlayStation 5, Xbox One, Xbox Series X, and the next Nintendo system versions will arrive sometime after.