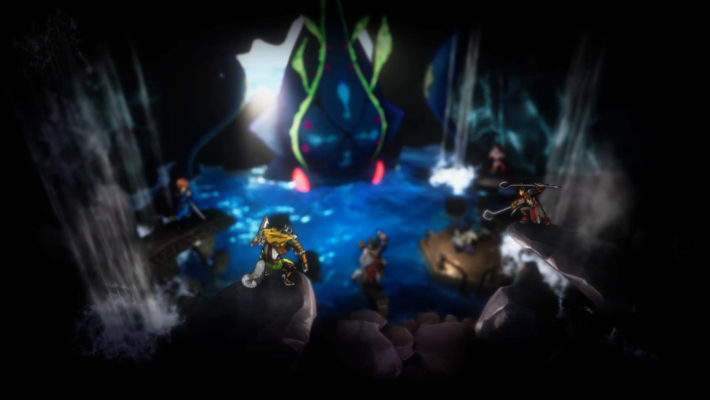 The Eiyuden Chronicle Kickstarter has hit another major milestone. The campaign raised over $3 million from over 31,000 backers. This means it is also now the ninth most funded Kickstarter project ever. It also means the game will surpass Suikoden’s 108 Stars of Destiny with a fan vote for the 109th Eiyuden Chronicle character.

The 109th character’s art will be shared on social media accounts, like Facebook and Twitter. The vote will be held in the official Discord between 9am PT/12pm ET on August 21, 2020 and 8:59am PT/11:59am ET on August 22, 2020. People will be able to pick which person will be created and added to the game.

Passing three million means six more stretch goals have been passed since the last time we checked in. The 107th and 108th Eiyuden Chronicles characters were added and are Gocteau and Iris. Two new minigames were added, meaning people will get to raise monsters and race. There will now be a hot spring to visit in the fortress hub. Also, Brazilian Portuguese will be added as a language option.

Some new Kickstarter stretch goals have also appeared. Russian will be added as a language at $3.075 million. Voice acting will be available for cutscenes at $3.1 million. There will be a “Dead of Night” Backer Vote for the $3.125 million stretch goal. Also, there’s some sort of $3.175 “Show Your Allegiance” goal in the future.

Eiyuden Chronicle has an October 2022 release window for PCs. It will also come to the PlayStation 4, PlayStation 5, Xbox One, Xbox Series X, and next Nintendo console. A new teaser for the game will be released by August 22, 2020. The Eiyuden Chronicle Kickstarter will end on August 29, 2020.