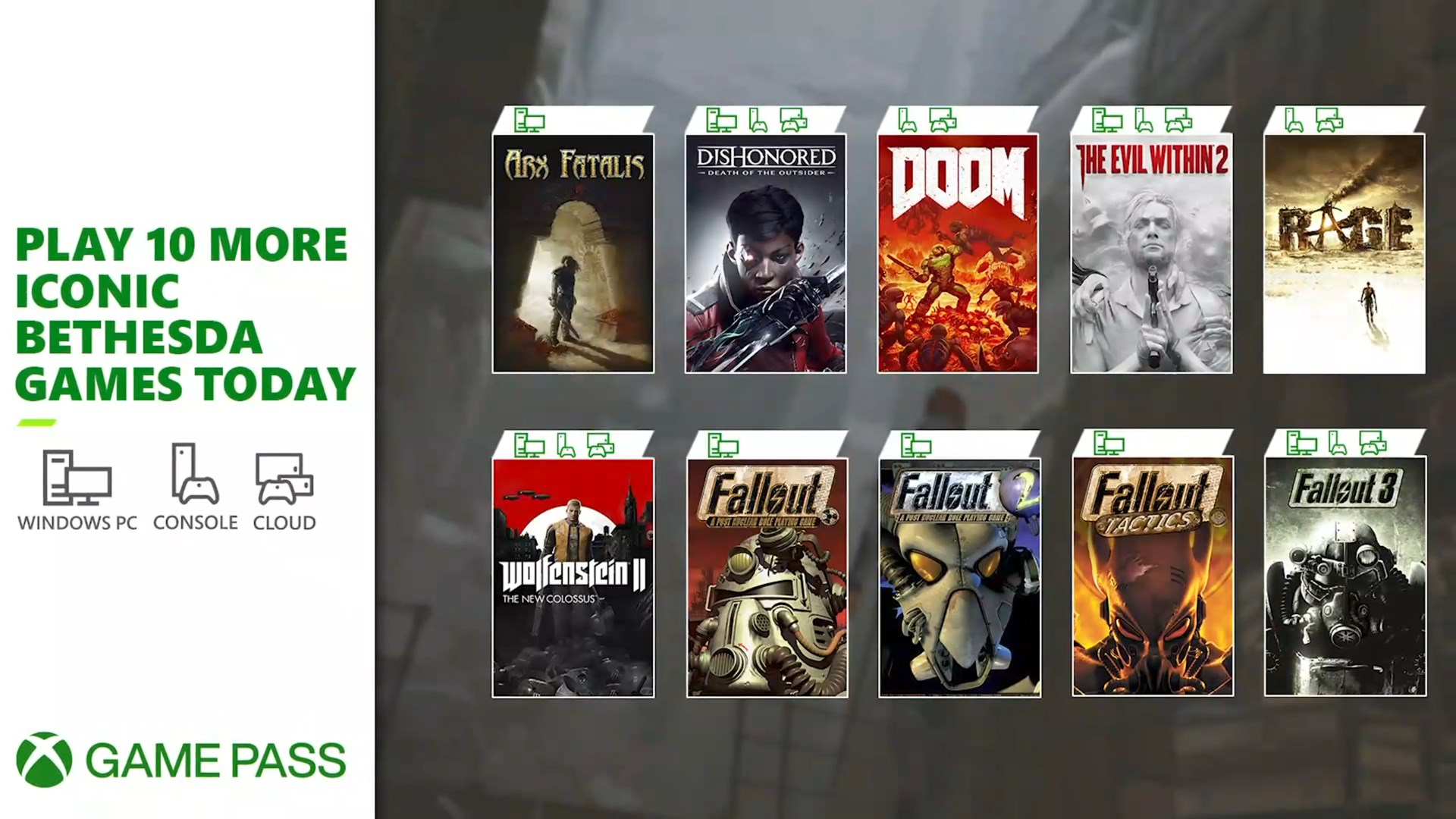 During the Xbox and Bethesda E3 2021 showcase, the latest Xbox Game Pass titles from Bethesda were revealed. To be specific, 10 games are joining the lineup on June 13, 2021. Of those, four more Fallout games will appear on Xbox Game Pass.

The four titles are all classic ones. Fallout, Fallout 2, and Fallout Tactics are heading to the PC version of Xbox Game Pass. Fallout 3 will be available on consoles, PCs, and via the cloud for subscribers. Both Fallout 4 and Fallout 76 are already available on the service.

Here’s the list of all the June 13, 2021 Bethesda Xbox Game Pass additions:

And here’s an image from the briefing showing all the Bethesda games available on Xbox Game Pass.