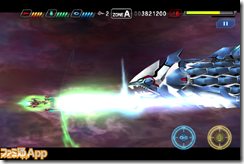 Taito is keeping the fishy shooter series Darius alive with a new game for iOS. DariusBurst: Second Prologue is in development and Famitsu reports it is a new title with new music from Zunata. Details about it are forth coming, but the layout (sans touch screen buttons) looks just like the PSP game.

Speaking of that… the ESRB and USK rated DariusBurst for PSP. At sometime Square Enix subsidiary Taito considered bringing it over themselves since they are listed as the publisher. While plans to release the PSP game went belly up, Square Enix will probably make DariusBurst: Second Prologue a worldwide release on iTunes. 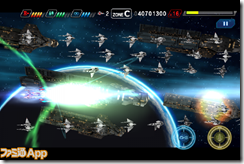