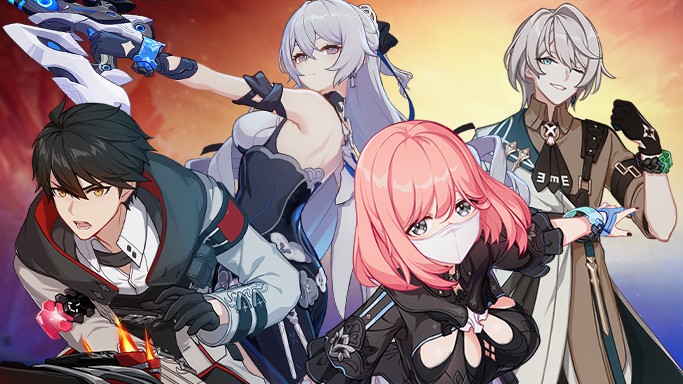 Mihoyo offered details about the A Post-Honkai Odyssey Chapter 2 characters and location heading to Honkai Impact 3rd. Bronya Zaychik will work alongside three allies while fighting in the new False Bay area.

New art and gifs showcased some of the main characters and allies. For example, the APHO protagonist Adam showed up alongside Silverwing: N-EX Bronya. The two new characters are supporters Timido Cute and Lyle Collodi. Timido is a character who deals ice damage. She has a figure skater motif. Her attacks involve kicks. She also “skates” around while fighting. Lyle is described as a “standby” sniper.

As for False Bay, it offers a bit less of a city atmosphere. Instead, it seems like a more resort-like location reclaimed by nature. People can see a Ferris wheel while exploring. There will also be ruins of the buildings and structures from what used to be there around.

There’s also a Honkai Impact 3rd 5.4 stream on the way. People can catch it to learn more about the update, which includes A Post-Honkai Odyssey Chapter 2, on January 8, 2022.

Watch the special
stream for v5.4 [Silverwing: Beyond] to unlock 120 Crystals for everyone and even win another 1000 Crystals!

Honkai Impact 3rd is available for PCs and Android and Apple iOS devices. A Post-Honkai Odyssey Chapter 2 will appear on January 13, 2022.