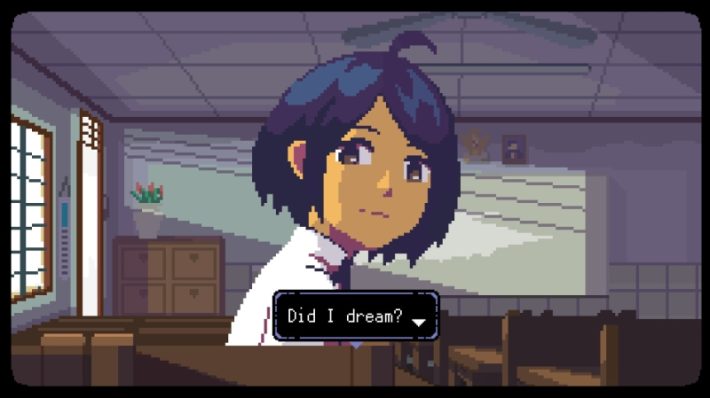 Indonesia-based Mojiken, developer of the indie adventure game A Space For The Unbound, announced that it has terminated its contract with its western console publisher, UK-based PQube games. According to a statement from Mojiken and Toge Productions (its PC publisher), PQube engaged in “predatory practices” related to the usage of a diversity fund grant. As a result, A Space For The Unbound is delayed “until further notice.”

Here’s the full statement from Mojiken and Toge Productions, shared via the official A Space For The Unbound Twitter account.

We have important news to share with you. pic.twitter.com/O5od8fCp4y

In the statement, Mojiken and Toge Productions claim that PQube used its relationship with Mojiken, an Indonesian developer, to obtain a “diversity fund” grant from “a well known console platform” in August 2020. Diversity fund grants are commonly used by platforms as an incentive to support underrepresented game developers. These typically include game developers located in regions with less established game industry presence, like Southeast Asia, Africa, South America, and South Asia. However, rather than granting the funds to Mojiken as intended, PQube allegedly withheld information about the grant. It instead used the funds as a “recoupable minimum guarantee” (essentially an advance, to be paid back via royalties), and as leverage to increase the share of revenue PQube would gain from A Space For The Unbound sales. Mojiken says that it “only uncovered the true amount of these funds and their intended purposes in March 2022”.

Mojiken said that “[It is] absolutely heartbroken” to learn of the move by PQube, and that as it “clearly cannot trust” them, it has terminated the contract. At the time of the statement, it said that PQube is “still refusing” to return publishing rights on consoles for the game to Mojiken and Toge Productions. As such, the release of A Space For The Unbound will be held back until they can reclaim the rights and find a new publisher.

In a follow-up tweet, Mojiken and Toge Productions encouraged supporters to refrain from engaging harassment or other “negative or harmful actions,” such as “review-bombing” or boycotting PQube-published games. They said doing so “will affect the developers who created [the games] and have nothing to do with our situation…All we ask is for people to read our statement and for your understanding of our delay.”

In a statement sent to GamingOnLinux, PQube responded to the accusations, claiming that it supported Toge Productions “at every stage of product development throughout their delays and difficulties,” with support “over and above grant funding”. PQube claimed that Toge “have sought for some time to unilaterally enforce unreasonable revised terms to [their] agreement.” It called the callout “disappointing” and said  it “will respond through the appropriate channels.”

A Space For The Unbound is in development for PC and consoles, but is delayed until further notice. Its demo is available now on PC.