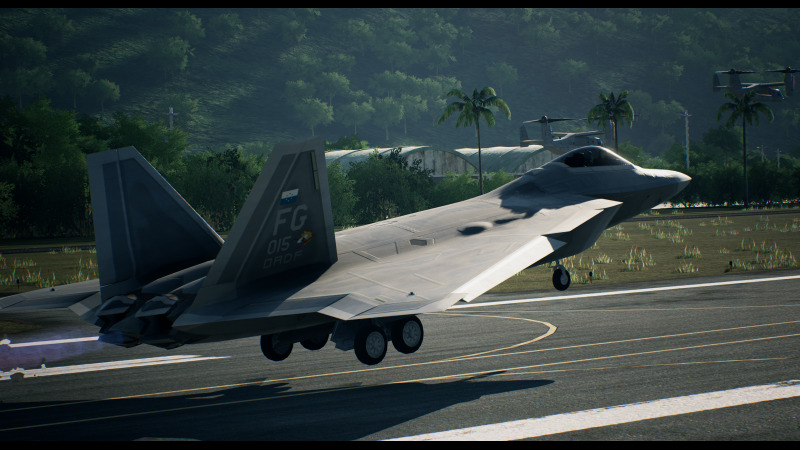 Bandai Namco and Project Aces will release a new Experimental Aircraft DLC set for Ace Combat 7: Skies Unknown in Spring 2021. This pack will add the F-15 S/MTD, F-16XL, and FB-22 Strike Raptor into the Ace Combat 7 roster. Unlike the fictional Original Aircraft DLC, these planes are based on experimental concepts designed by the United States Air Force. [Thanks, 4Gamer!]

The first title to see all three aircraft in its roster was Ace Combat 5: The Unsung War in 2004. They were also present in the PSP games Ace Combat X and Joint Assault, as well as the now-defunct PS3 free-to-play title Ace Combat Infinity.

The new DLC pack will add more than 10 new aircraft skins. Most of them are based on adversaries from prior Ace Combat titles. The official addition of F-15 S/MTD also allowed Project Aces to complete the Ace Combat Zero squadron skin lineup, as the Sorcerer Squadron used the aircraft model in particular.

Bandai Namco and Project Aces have been regularly adding more Ace Combat 7 content to extend the celebration of the series’ 25th anniversary. In January 2021, the 25th Anniversary Update added aircraft skins and emblems for free. One of which was inspired by an infamous glowing glitch from a prior DLC skin.

Ace Combat 7: Skies Unknown is immediately available for PlayStation 4, Xbox One, and PC.