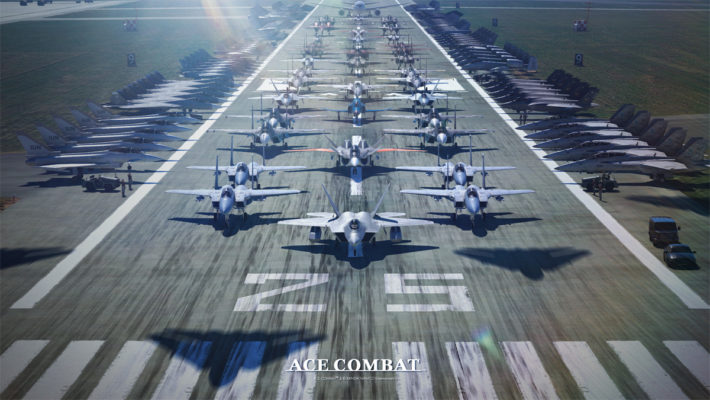 Bandai Namco’s Ace Combat arcade flight action series turned 25 years old in 2020. To celebrate, the company opened up a special website celebrating the series, as well as released a wallpaper and producer’s message to commemorate the occasion.

The company made an anniversary logo:

Here’s a translation of the message from Kazutoki Kono, the series’ producer:

“The Ace Combat series has reached its 25th anniversary as of 2020. We’re beginning the year in a wave of turbulence worldwide. I believe that many people are not in the best state right now, and I pray that everyone will be fine in the future.

Now then, it has been a quarter of a century since the first Ace Combat released as an adaptation of the arcade game Air Combat.

For a series to have continues to gain fans’ love for 25 years, I feel that there’s a meaning beyond just the passing of time.

For me, I’ve flown over half of my life alongside Ace Combat. For some of the younger staff, it’s even a game that released before they were born. There are also staff members who joined to work on the game series they adored.

Through the passage of time, the games we create turn from products into phenomena, and slowly turn into things that become part of people’s feelings or part of their life.

Games and series are just like a person’s life. To get to the point where you’re at, there are mountains and there are valleys, there is sadness and happiness, and even this year, we continue to push forward with all our might.

As part of this commemorative 25th anniversary, we aim to challenge ourselves to reach even greater heights than ever before, so that people can think that they are glad to have been an Ace Combat fan. So that we can make our fans emotional. So that we can create new memories.

To everyone who has supported Ace Combat, thank you for all your support as usual. I am very grateful.”

As part of the 25th anniversary, a YouTube channel has been created for the series by Bandai Namco. A reading of an Ace Combat 7 Japanese short story was shared there.

Bandai Namco also collaborated with Alpha Industries to create three t-shirts that celebrate the series. You can check them out below: 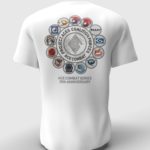 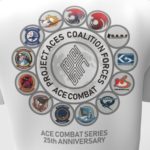 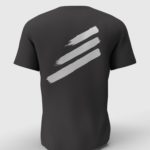 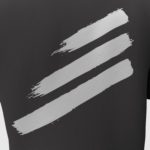 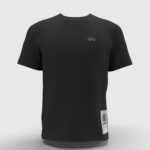 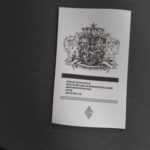 Information on the t-shirts can be found on the official site.

The latest game, Ace Combat 7, is available on the PlayStation 4, Xbox One, and PC via Steam.