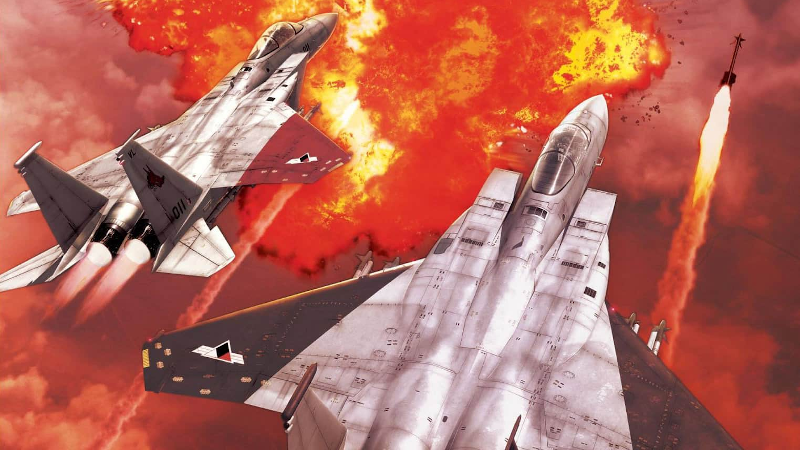 A vinyl soundtrack of Ace Combat Zero: The Belkan War will appear in late September 2022. Bandai Namco is working with Universal Music Japan to release a double vinyl set containing tracks from the 2006 PlayStation 2 game. The webpage detailing the soundtrack on the Japanese website also has an English segment.

The package will contain two 12-inch black vinyl records and an 8-page full-color booklet. The latter will include commentaries from the game’s composers in Japanese and English. Keiki Kobayashi, Tetsukazu Nakanishi, Hiroshi Okubo, and Junichi Nakatsuru comprised the Ace Combat Zero soundtrack team.

A partial track list on the page confirms that the Ace Combat Zero vinyl soundtrack will include “Glacial Skies,” “Contact,” “The Round Table,” “Hresvelgr,” and “Zero.” The last song, known for its combination of orchestra and flamenco guitar, is played during the game’s climactic battle.

Ace Combat Zero: The Belkan War originally appeared on the PlayStation 2 in 2006. In early 2020, Bandai Namco released the game’s soundtrack on digital platforms, such as Spotify.

The latest title in the series to date is Ace Combat 7: Skies Unknown, available on the PlayStation 4, Xbox One, and PC. Bandai Namco released a DLC pack for the game containing crossover content from Top Gun: Maverick in late May 2022.