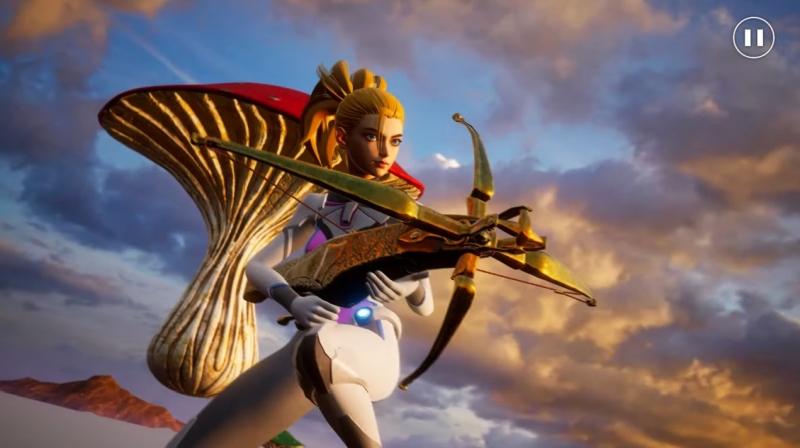 YS Net, the indie studio founded by Shenmue creator and former Sega luminary Yu Suzuki, has announced its first game. That game is Air Twister, a new original title that bears a strong resemblance to Space Harrier, one of Suzuki’s best-regarded works. It releases for iOS devices via Apple Arcade on June 24, 2022.

Check out the first trailer for Air Twister below.

Air Twister is billed as an “all-new fantasy endless shooter” and stars Princess Arch. After her planet is attacked by mysterious alien invaders, Arch takes up her crossbow to fight off the bizarre foes astride her giant swan. The shots of Air Twister gameplay shown are strongly reminiscent of Space Harrier. Players control Princess Arch, shifting her around the screen as enemies cross over their path. She fires pink homing missiles at enemies, which can be locked on to. The game will have over twenty different enemies, ten massive bosses, and twelves stages. Further game modes can be unlocked by collecting Stars from the stages. The game uses touch controls but is gamepad-compatible. Online score-ranking is also supported. The trailer is set to the song “Aglaea” by the artist Valensia.