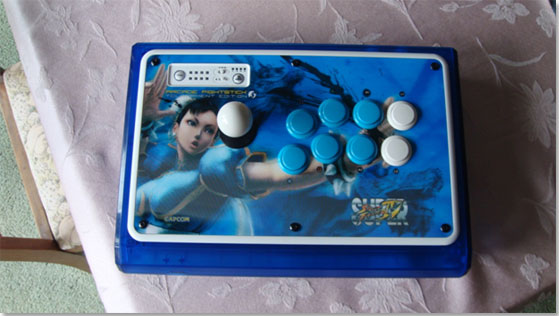 Although MadCatz has been producing Capcom-blessed fightsticks for over a year now, I’ve always been wary of the brand. I’ve had the misfortune of owning MadCatz products in the past, and generally my experiences ended in dying controllers, or even worse, blank memory cards.

However, at PAX Prime this year, MadCatz’s new stick caught my eye. It was sleek, slim, and had a nice blue translucent case. After I played around with it a little bit, MadCatz’s Mark “MarkMan” Julio asked me if I would like to do some coverage on the stick. I gladly obliged. 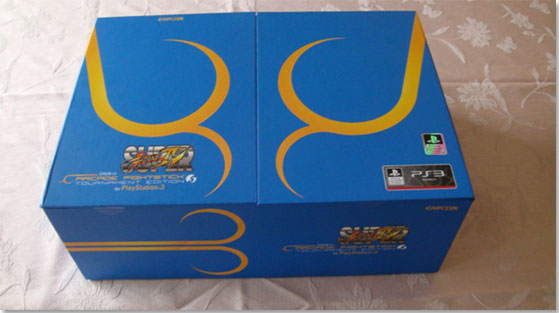 Now, if there was ever a product that made a good first impression, this one would be it. The box itself is decked out in art based on Chun Li’s iconic outfit. It’s very tasteful, and the box itself feels thick and protective so you know that your stick is safe inside. The front of the box has doors that open out and reveal the stick itself. Everything looks gorgeous. It’s definitely a high quality product that MadCatz cares about, which is welcome a change of pace from the MadCatz of old. 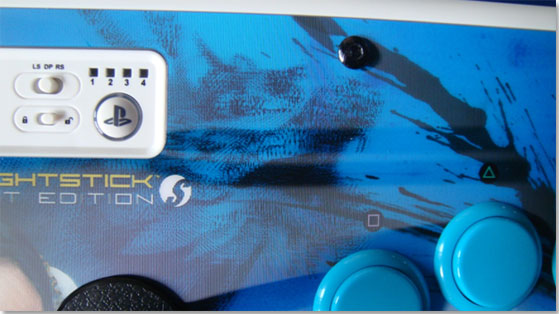 The stick itself looks fantastic as well. The Chun Li 3D lenticular print is absolutely gorgeous in person, looking layered and mobile. My poorly-taken photos don’t do it justice. The dragon just above Chun-Li moves quite a bit and adds to the beauty of the composition. The colors of the buttons and the balltop were chosen well, complementing the bezel and art, and the Super Street Fighter IV, Capcom, and TE Fightstick S logos are all well-placed and don’t detract from the artwork at all.

It’s a thing of beauty to be sure. But the million (well, 160) dollar question is: how does it play? 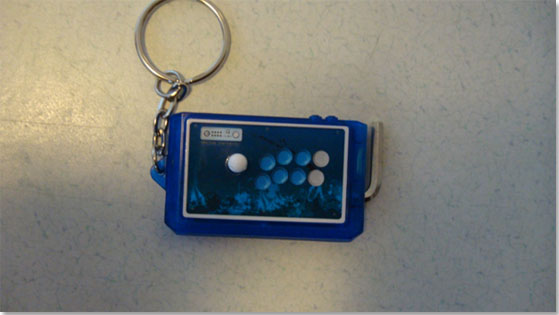 To be entirely honest, it didn’t work properly when I first took it out of the box. I felt resistance against the joystick when I tried to move the stick in around the down and left directions. Mark told me at PAX that the stick was really easy to open up, but I also knew that doing so would void my warranty. So, I called up MadCatz customer service.

The (surprisingly helpful) representative told me that I could either send my stick in to have them take a look at it, or that I could open the stick up myself (they’d add me to a list of people approved to do so) and try to resolve what he believed to be the problem. 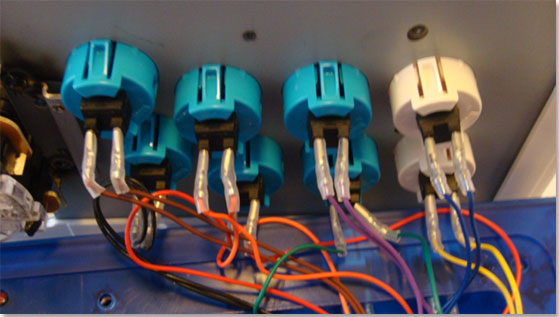 As it turns out, he was correct. One of the cables inside the fightstick was in the way of the joystick itself. I opened it up with the handy hex-key/joystick keychain that Mark gave me, revealing some shockingly well-organized innards (beautiful, beautiful quick-disconnects everywhere), and resolved the problem.

Once that issue was out of the way, I got to enjoy the stick itself. On that front, I’m happy to report everything is the fantastic Sanwa Denshi hardware. It’s incredibly sensitive, but judging from my most recent trip to Club Sega in Akihabara, it’s the arcade standard. I was playing on a stick with a Sanwa lever and stock Hori buttons before receiving this, and the difference is pretty staggering.

Everything feels arcade perfect. The stick’s great for everything from Virtua Fighter 5 to Super Puzzle Fighter II Turbo HD Remix. In my opinion, it’s the best straight-from-the-box stick I’ve ever used. It just feels like it’s been made with love.

Even the button placement feels careful. As opposed to using Sega’s long-standard curved Astro City button layout, it uses the new, straighter layout of a Vewlix cab. Since the TEs were originally designed for SFIV and that was Capcom’s cab of choice, it makes sense. If you’re used to the more contoured design of the Astro City layout, though, don’t worry, it takes practically no time to adapt.

The Start and Select buttons are cleverly placed as well. Although it may initially seem impractical to put them on the back of the stick as opposed to the top panel, it’s a surefire way to avoid accidental button presses. Pretty clever actually! 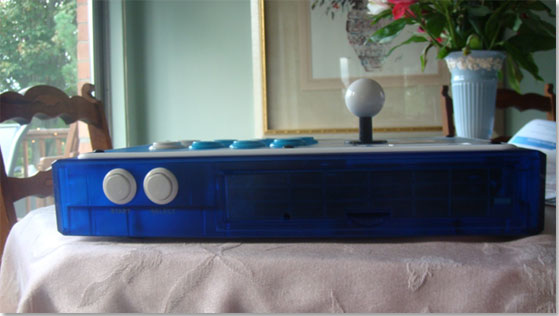 MadCatz seems to know their audience for the TE. It’s for people who want an absolutely top-of-the line stick that can be customized without too much hassle. It even works with Windows 7 with absolutely no problems, in case you want to play some Supercade or Melty Blood. On top of it all, the 13-foot cable has a storage cabinet in the back of the stick. It’s an arcade stick that’s built for people who love arcade sticks.

That said, it isn’t perfect.

Currently, the MadCatz sticks don’t work with PS2 games via backwards compatibility. However, since the TE S is their first Sony-licensed product, Mark informed me that they are working on remedying that. While this only affects the few PS3 owners with backwards compatibility, it would be nice to play my PS2 fighters with something other than my Hori stick.

The second issue is the tendency of the lenticular art to get scratched up after a little bit of playtime. Again, it’s not a deal-breaker, and not even very noticeable, but if you’re obsessive-compulsive, this might not be the stick for you. Even with a few scratches, though, the stick still looks gorgeous, and plays like a cabinet at one of Tokyo’s Club Segas.

Overall, the MadCatz TE S has made me forgive the terrible wrongs the company has done in the past. Even with the few issues I had, I’m in love with this stick. The hardware is great, the design gorgeous, and the ease of modification makes my inner stick-Frankenstein go wild with ideas for redesigns.