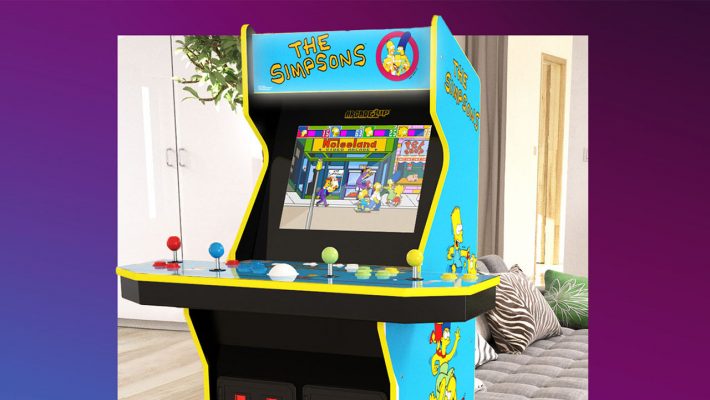 The Simpsons are heading home this year. Arcade1up’s newest addition to the company’s lineup features Konami’s 1991 arcade game based on the long-running TV show. The cabinet will likely retail for $599.99, but pricing may vary.

The Simpsons cabinet’s release celebrates the game’s 30th anniversary. Konami’s Simpsons game was previously re-released in 2012 as a downloadable port by Backbone Entertainment for Xbox 360 and PlayStation 3. That version has since been delisted.

As has become a trend in Arcade1up’s commemorative and premium releases, The Simpsons will sport a wi-fi connection for updates and online multiplayer. It’s also bundled with a light-up marquee, a clear protector for the control panel’s surface and a branded stool. The company’s replica cabinets are 75 percent of the original size for licensing reasons, so Arcade1up includes a riser to bring the controls up to near the full system’s height.

The Arcade1up Simpsons arcade cabinet will be available sometime later in 2021. More E3 2021 announcements from the company are expected at the end of this week.