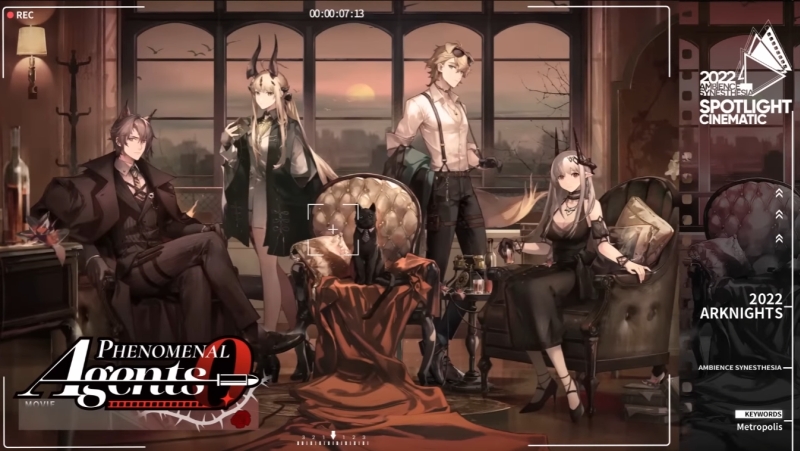 Hypergryph and Yostar’s tower defense gacha RPG Arknights is has a strong focus on contemporary music from freelance composers and artists for its soundtrack. So much so, that its fans often joke that Hypergryph is as much a music company as a game developer. In fact, Hypergryph even releases Arknights music commercially under the Monster Siren Records label, which is also the name of an in-game record label. In 2021, the company held Arknights Ambience Synesthesia, a special live concert in China featuring tracks from the game’s various events and the artists that performed them. Unfortunately for global fans, the concert was exclusive to Chinese audiences. That’s changing this year, as the 2022 edition of the event will be broadcast to global audiences simultaneously.

The announcement was made August 31, 2022 via the newly-opened Arknights Ambience Synesthesia Twitter account. The account promised that the concert would be broadcast globally, and also teased upcoming outfits that use the in-game fashion brand of the same name.

Here’s the spotlight announcement trailer. It teases several groups of Operators from Arknights wearing Ambience Synesthesia outfits. The spotlighted Operators include Mr. Nothing, Dusk, Texas, Eyjafjalla, Amiya, Hoshiguma, Phantom, Mudrock, Tequila, and more. As in the previous concert, these groups will perform various compositions as distinct units. Some of the outfits they’re wearing may be released to the in-game store later on, for use on their respective characters.

For example, the group of Mudrock, Phantom, Tequila, and Reed is called “Phenomenal Agents”, and will perform during the concert proper. Hypergryph also released a “spotlight cinematic concept teaser” that used 3D animations to demonstrate a secret agent-like atmosphere featuring the characters.

The Arknights Ambience Synesthesia 2022 concert will broadcast globally in October 2022. The game is available on iOS and Android. An anime adaptation of its early storyline is in production.