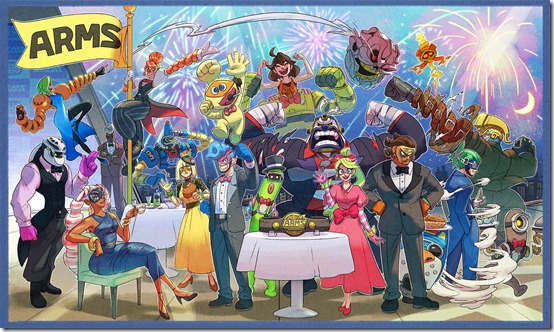 It’s been one year since ARMS launched worldwide, and to commemorate the occasion, the Twitter account released a new artwork showing off every character at a fancy party.

Here’s the full message alongside the picture:

“Today is June 16th… On this day last year, ARMS was released.

We thank all the players from the bottom of our hearts. We hope you continue to play ARMS from here on out as well!”

ARMS is available for Nintendo Switch.