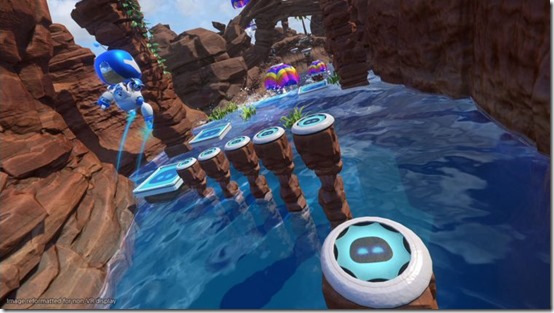 Astro Bot Rescue Mission, Japan Studio’s 3D platformer for PlayStation VR, is set to come out on October 2, 2018. A new gameplay commentary trailer was also released, where creative director Nicolas Doucet talks about how the game is played, and what role the player takes in the game. [Thanks, PlayStation Blog!]

Astro Bot Rescue Mission has players take control of Astro, a spaceship captain looking for his missing crew. The game will feature 26 levels that utilize VR for 360° gameplay, and huge bosses that Astro and the player need to work together to defeat. Here’s the trailer below:

The game is currently up for pre-order for $39.99, and people who pre-order will get four Astro Bot Avatars, a Dynamic Theme, and a digital soundtrack for the game.