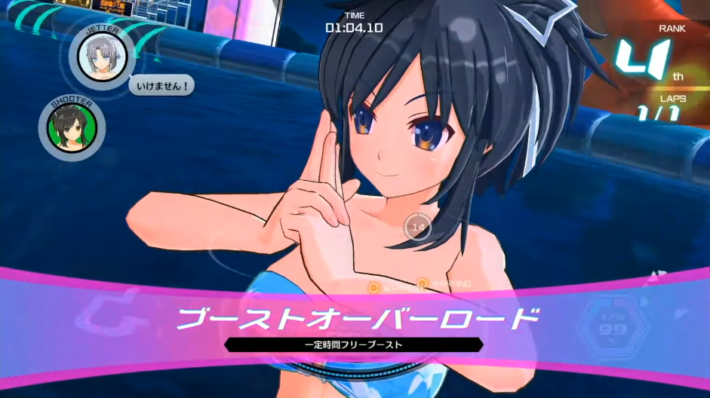 Yesterday, Marvelous held a livestream showing off more gameplay from their upcoming racing game Kandagawa Jet Girls, including the DLC pair of playable characters Asuka and Yumi from the Senran Kagura series.

Apart from Asuka and Yumi, four other pairs of characters from Senran Kagura were also revealed this month, set to release after launch.

Gameplay begins at the 15:27 mark, while Asuka and Yumi show up starting at the 24:14 mark. Check out the gameplay footage archive below:

Kandagawa Jet Girls releases for PlayStation 4 in Japan on January 16, 2020. Check our previous report for a look at the latest gameplay trailer.