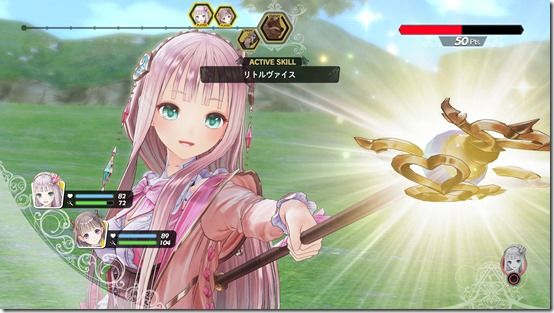 Koei Tecmo and Gust shared the latest details on Atelier Lulua in this week’s issue of Famitsu magazine. It features info on Meruru and her childhood friend Keina as well as an introduction for Benon Armster. [Thanks, Ryokutya2089.]

Merurulince “Meruru” Rede Arls – Meruru has been freely traveling across various areas. Now that she no longer has princess duties, she has a more relaxed personality.

Benon Armster (CV: Kenjiro Tsuda) – The director of the orphanage. He’s often burned out from all the work he handles.

While we’ve yet to see Meruru, Ryokutya describes her to be wearing a knight-like costume.

Atelier Lulua: The Scion of Arland releases for PlayStation 4, Nintendo Switch, and PC via Steam on May 21, 2019 in North America and May 24 in Europe. A demo is also included in this week’s issue of Famitsu.