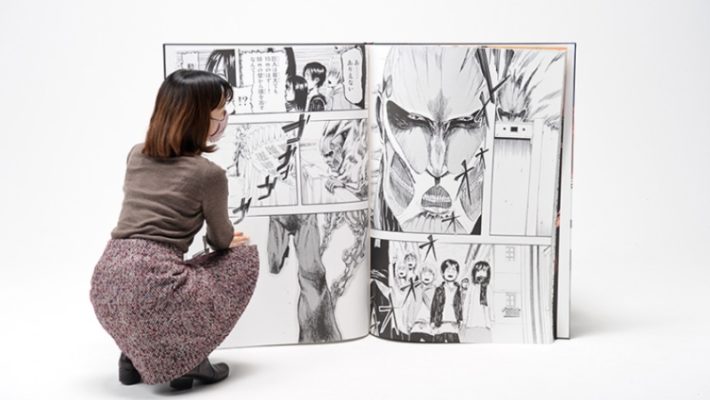 Comics are apparently for everybody, including immortal cannibal giants. Kodansha appears to be leaning in on catering to this underserved demographic with a new edition of Hajime Isayama’s Attack on Titan manga called “Attack on Titan for Titans” [Thanks Oricon!].

This novelty volume is a special, limited-edition reprint of the first volume of the series. It will be printed at nearly seven times the size of the standard book: 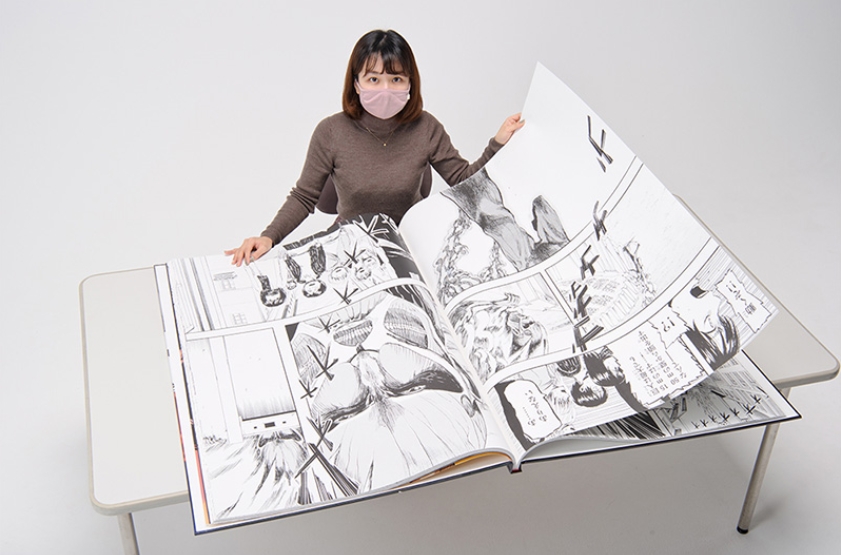 Attack on Titan for Titans will measures about 101 centimeters long and 71.5 centimeters wide when closed (about 3.3 feet long, and 2.3 feet wide). It weighs about 13.7 kilograms (30 pounds). When opened up, it can dwarf a human-sized reader.(Though it would be handy for titans up to 15-meter class and below.)

Besides satisfying the titan readership, Attack on Titan for Titans was conceptualized as a commemorative item to promote the upcoming conclusion of the manga. That means it’s going to be a limited run, with only 100 volumes printed. It’ll also be submitted to the Guinness Book of World Records in consideration for the “Largest Comic Book Published” honor. The title is currently held by a Brazilian comic called Turma da Mônica.

Attack on Titan for Titans will open for pre-orders on March 6, 2021. The book is on sale through Kodansha’s online store, and will cost JPY 150,000 (about $1,400 USD). Due to its size, it’s only available for purchase in Japan. Human-sized editions of the manga are available online and at retailers. The final chapter will appear in the pages of Bessatsu Shonen Magazine on April 9, 2021, and the final collected volume will ship on June 9, 2021. The anime adaptation’s final season is currently airing on streaming services.