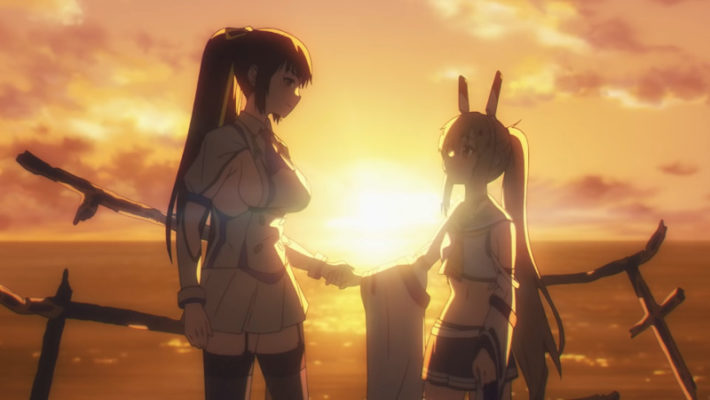 Yostar has published a new anime trailer to mark the collaboration event between Azur Lane and Dead or Alive Xtreme: Venus Vacation. It also confirms even more characters who will make their way from the Venus Islands to the Azur Lane headquarters.

The first two characters that have been confirmed beforehand are Misaki and Marie Rose. With this new trailer, we now know that the other characters who will join them are Kasumi, Nagisa, Honoka, and Nyotengu.

A total of 6 characters so far will mean that you may be able to form a fleet entirely comprised of Dead or Alive Xtreme characters, provided they are evenly split into the Vanguard (Destroyers and Cruisers) and Main (Battleships and Carriers) fleets. Misaki has been previously revealed with a Light Cruiser rigging, so she will take one of the three Vanguard slots.

The official Azur Lane Twitter accounts also revealed that Misaki’s elder sister Nagisa will come with a Battleship rigging. That means she will be available to be assigned to the Main Fleet. The Japanese account added that Nagisa will first act harshly against the Commander. She believes that you have been seducing Misaki and thus will call you “Dirty Dog”.

Nagisa is preparing her maiden voyage and she will grace your dock in the near future, Commander.#AzurLane #Yostar #DOAXVV pic.twitter.com/2UxnOmrFqx

The Dead or Alive Xtreme: Venus Vacation collaboration event will commence in the mobile game Azur Lane on November 26, 2020.