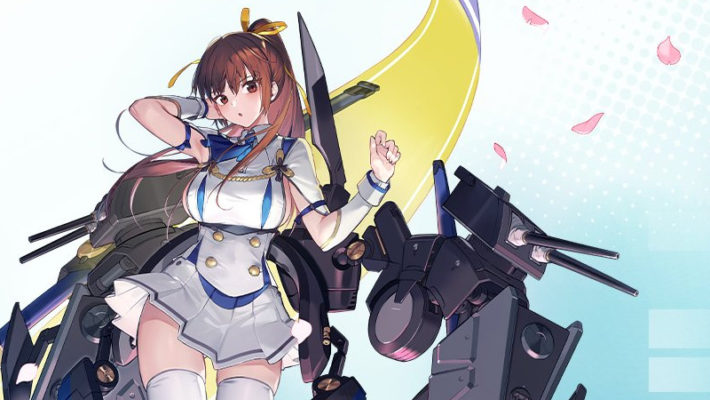 The Dead or Alive Xtreme: Venus Vacation collaboration event in the popular mobile game Azur Lane will begin soon. One of the characters who will be added to the roster is Kasumi, who is widely known as the original protagonist of the Dead or Alive series. Although we already know her existence from the anime teaser trailer, her ship rigging class in this naval shipgirl game has just been revealed to be a Heavy Cruiser.

Heavy Cruisers are the strongest ships in the Vanguard Fleet; they have a high stat on either Offense or HP. However, they also have a couple of drawbacks for being too slow to avoid enemy attacks and unable to attack submarines.

With this class assignment, Kasumi can be assigned to the Vanguard Fleet along with Misaki, Marie Rose, and Monica. However, Azur Lane only supports a maximum of three slots in a line. A Commander who wants to form a fleet with Dead or Alive Xtreme characters will have to bench one of them.

Kasumi is preparing her maiden voyage and she will grace your dock in the near future, Commander.#AzurLane #Yostar #DOAXVV pic.twitter.com/SqTXG7oIaU

Although most of the characters are expected to be available through the Limited Event Construction gacha pool, some of them may be obtainable through other methods, such as collecting points from clearing event stages. Yostar will also provide optional alternate skins for most, if not all, characters that can be purchased with Diamonds, the game’s premium currency. For example, Misaki may have a swimsuit, while Marie Rose gets her iconic frilled bodysuit as an alternate skin.

Marie Rose is changing into her new attire. She will grace your dock in the near future, Commander.#AzurLane #Yostar #DOAXVV pic.twitter.com/yqqAPUh4qR