The Machine Age has begun. Robots rule Japan in Binary Domain. It’s your job to shoot them, so you don’t want to get a cold, right? Sega understands, so they packed the Binary Domain DX pack with a scarf.

The 9,890 yen ($130) bundle also includes a headset, which you can also get by reserving the game in Japan. Players can use this to give their computer controlled teammates orders like "cover me" or "flank the enemy!" 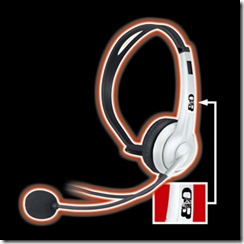 Binary Domain comes out on February 28 for PlayStation 3 and Xbox 360 in North America minus the headset and scarf for $59.99.