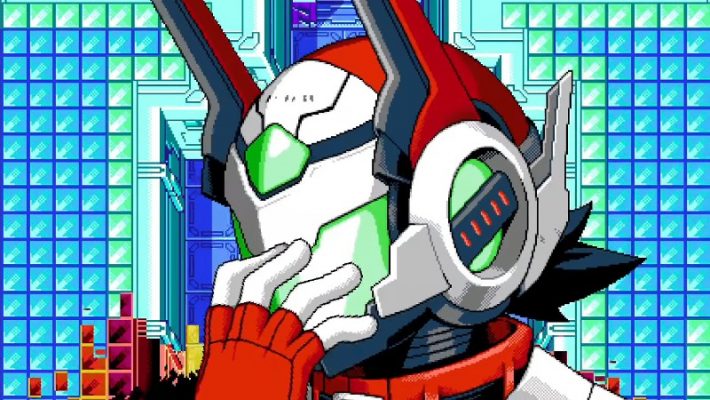 Inti Creates uploaded a new gameplay trailer for its upcoming action game, Blaster Master Zero 3. It also updated the game’s website with a new page that explains the new gameplay features, such as the VRV (Vision Reversal Visor) system.

The VRV system is a new feature installed by Eve on Jason’s helmet when it broke in the previous battle. It will allow Jason to proceed through areas that a dimensional rupture would have obstructed. The super-dimensional space will reverse environmental gimmicks. For example, tiles that would break when touched by the player in the real world will instead generate when approached in the other space.

The trailer also shows how the game will alternate between side view — when Jason rides his G-Sophia SV tank in the overworld, and top view — when he infiltrates super-dimensional space in person. The random top-view dungeons will test the player’s ability to find an exit within a time limit, as Jason’s physical body cannot endure the dimensional atmosphere for a long time.

Blaster Master Zero 3 will serve as a conclusion to the story of Jason Frudnick. The series protagonist heads to Sophia, the planet believed to be the birthplace of the heroine Eve. This game will also have Jennifer and Kane Gardner, who first appeared in Super Planetary War Records Metafight. The classic title had a change of character cast when it was localized as Blaster Master, but Zero 3 will mark the first physical appearances of the couple in the new trilogy.