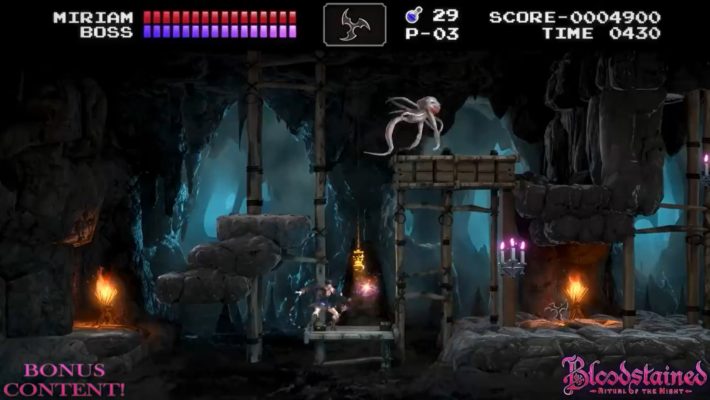 ArtPlay is working on another update for Bloodstained: Ritual of the Night. This time, it’ll change how the game is played and make it even more like the old-fashioned Castlevania games or Bloodstained: Curse of the Moon spin-offs. In January 2021, a free Bloodstained Classic mode will appear.

The entire structure of the game, and even part of its appearance and gameplay, will change when someone starts a Classic run. Instead of the more open castle, Miriam will go through five levels. It will be timed, your power ups will be set and collected by destroying candles and collecting them, and the teaser video only shows her using a whip to attack.

Classic Mode brings back old-school gameplay as you fight through five levels of demons and challenge Gebel’s deadly bosses.

Like many games at the moment, Bloodstained: Ritual of the Night is on sale for the holiday season on multiple storefronts. You can pick up a digital copy for $15.99 on the Microsoft Store, Nintendo eShop, and Steam. The PlayStation 4 version is still $39.99, as usual.

Bloodstained: Ritual of the Night is available for the Nintendo Switch, PlayStation 4, Xbox One, and PC. Android and Apple iOS versions are also available. The Bloodstained Classic mode will launch sometime in January 2021.