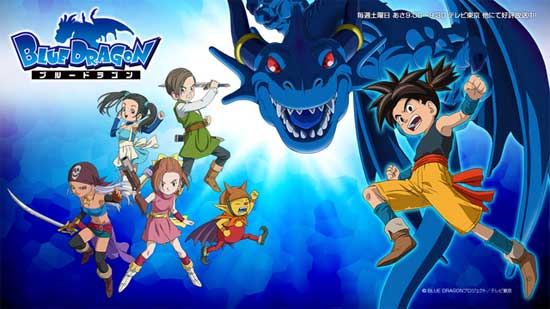 And Cartoon Network gets it. No show times have been announced, but it will appear before 11PM since it’s not part of Adult Swim. Perhaps, Blue Dragon will be an addition to the shrinking Toonami lineup?

The timing is spot on too because the Blue Dragon series started airing in Japan last spring. Now all we need is the Blue Dragon Manga and we’ll be brought up to speed with Shu’s adventures beyond the Xbox 360 game.