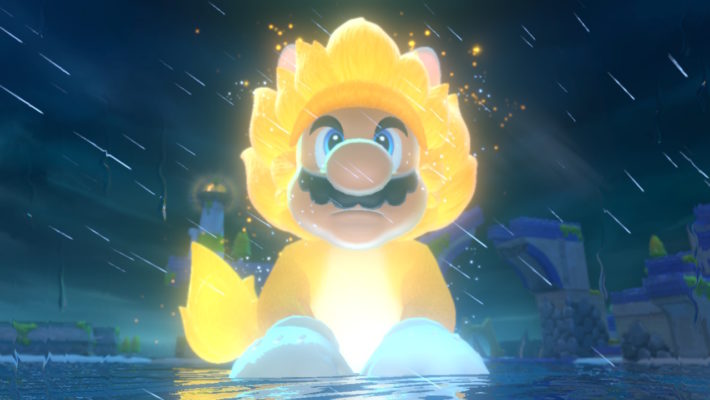 While the larger half of Super Mario 3D World + Bowser’s Fury is a wonderful multiplayer game finally getting a new audience and online play, it’s also, well, a game we know. Super Mario 3D World is cool, but you should know what to expect. Bowser’s Fury, on the other hand, is a fascinating look into the future of the franchise. It’s sort of small. It’s quite weird. But so much of it feels like a way of road testing new ideas for Mario games.

In Bowser’s Fury, you guide Mario around a new environment, collecting “cat shines” and occasionally fighting a big possessed Bowser. This totally standalone game includes a day-night cycle, a co-op partner in Bowser Jr., and a new navigation style for 3D World’s power-ups and challenges.

It’s a bit difficult to get your mind around Bowser’s Fury at times. If you jump in expecting Super Mario Odyssey, the controls and moves may feel just a bit off. On the other hand, if you’re popping in after playing a lot of Super Mario 3D World, you may not be ready for the sheer need for, and importance of, camera control. It pushes the technical limits of the Nintendo Switch more than both of those games, too. The weather effects and open-world environments of Bowser’s Fury don’t look particularly impressive on the surface, but the resolution and frame rate struggles show just how taxing they are. 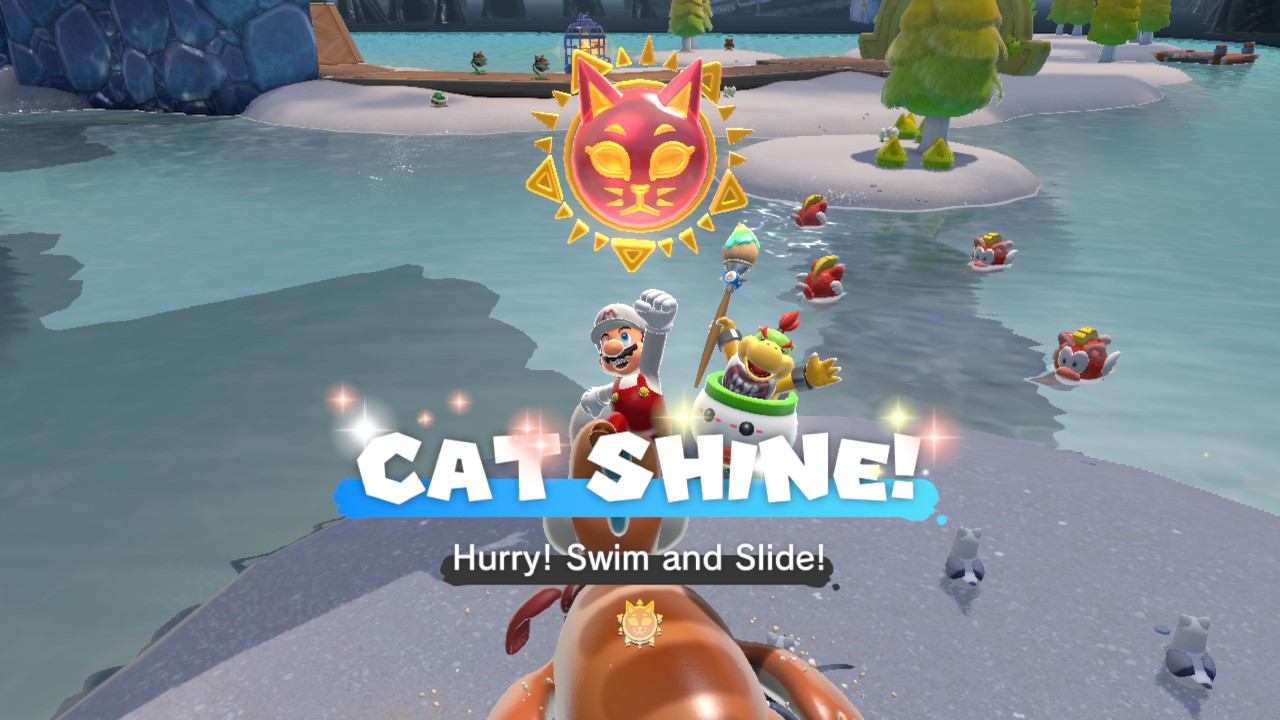 The systems of Bowser’s Fury seem built for a larger game. Maybe because they are? For example: the power-up management system. As you collect fire flowers and bells and mushrooms, they’ll fill up an ever-running inventory. You can access this at all times from the D-pad. When you choose one, whatever you were previously using returns to your stock. Finding the right ability simply isn’t that hard in Bowser’s Fury, and most challenges can be accomplished with the base moves. So why bother to build this new scheme?

We know why. It’s because these ideas aren’t for Bowser’s Fury. For the same reason the game has this inventory, it has rebuilt water effects. It attempts to bring 3D World ideas back into what Mario became in Odyssey. It maintains a persistent, connected world, and it updates and recycles these environments by adding in new elements over time. Bowser’s Fury makes the most sense if you think of it as a polished-up game jam experiment, with each of the internal working groups trying something they’d like to see.

And honestly? Some of it deserves that larger berth. Constantly having access to all the power-ups isn’t such a big deal in a game like this. Bowser’s Fury maybe lasts six hours if you really stretch it, with little collectibles like coins, keys and lost cats thrown into its small environments to pad out your gameplay just to get it this far. But in a full-blown adventure? There’s so much that Nintendo’s team could do to keep you switching through powers and solve different sorts of platforming puzzles. 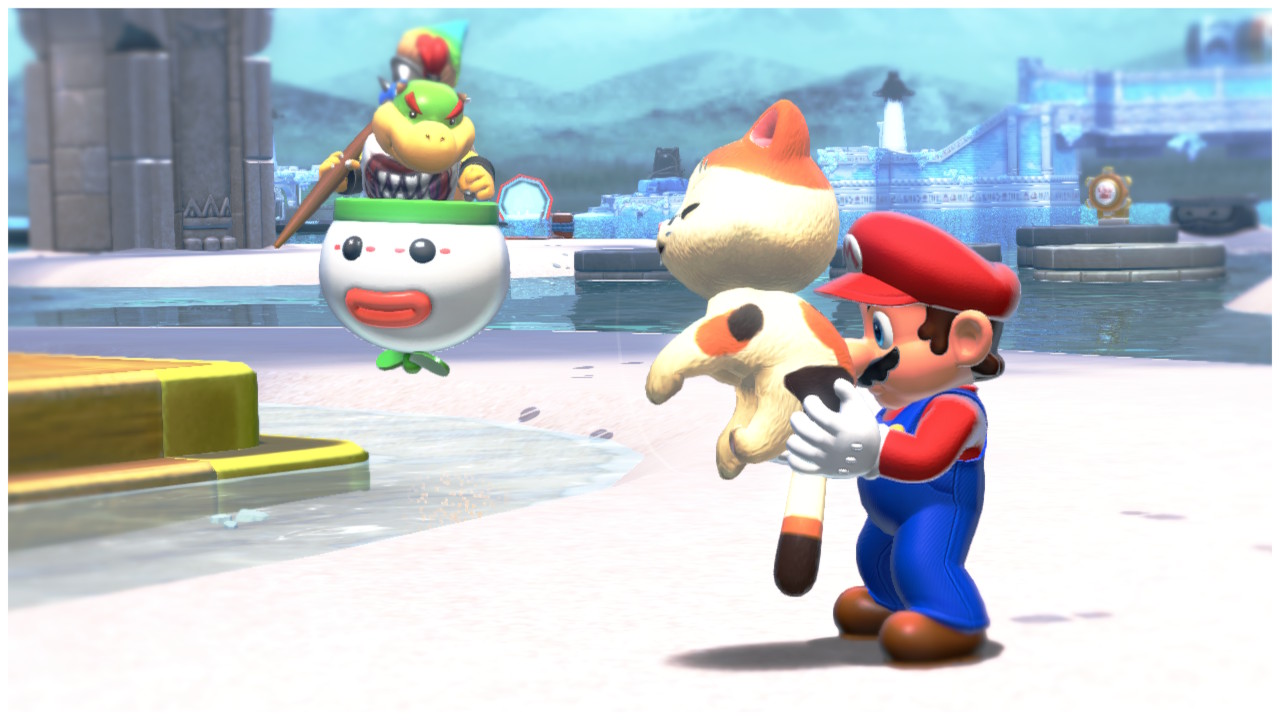 Super Mario 3D World + Bowser’s Fury is available now on Nintendo Switch. That next Mario game? It hasn’t yet been announced.