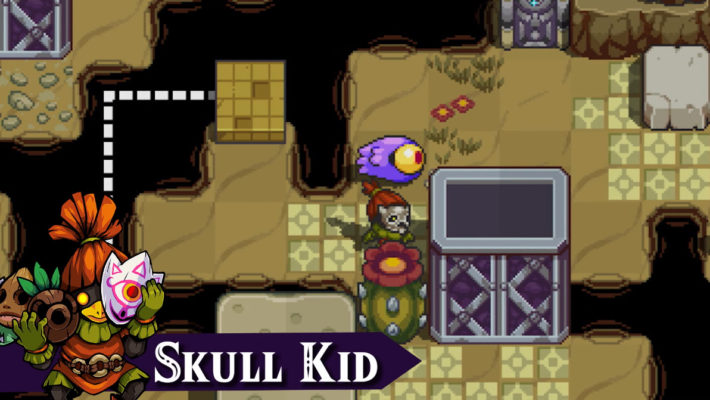 Today, Nintendo revealed that Cadence of Hyrule: Crypt of the NecroDancer feat. The Legend of Zelda will continue its journey with three upcoming DLC Packs, one of which releases today. Each DLC Pack focuses on something different, like songs, characters, and story.

Check out the DLC trailer below:

The DLC Pack that releases today is the Character Pack, featuring five new characters. Impa from The Legend of Zelda series joins with her fierce naginata skills that let you attack from a distance. Aria is from Crypt of the NecroDancer, and is Cadence’s maternal grandmother. She once wielded the Lute, and her playstyle in this game is especially hard, as she will die if she takes any one hit or misses a beat. Frederick is the singing Shopkeeper that we see throughout the game, and he’ll become playable. Finally, Link and Zelda get dark versions of themselves with Shadow Link and Shadow Zelda.

The second DLC Pack is the Melody Pack, which adds 39 songs to the game’s soundtrack. By purchasing the pack, you get the ability to change the background music as well to any song you like. Presumably, this will change the BPM of the gameplay as well.

The final DLC Pack is story-focused, and features Skull Kid from Majora’s Mask as the main character. The story pack will include a brand-new map, featuring new songs, and a new story. Skull Kid’s gameplay style will shift quite a bit depending on the mask that he’s currently wearing. The second and third DLC Packs will release by October 2020.

All three packs are purchasable as a Season Pass, which also nets players a bonus costume for Link and Zelda. A physical edition was also announced, and releases October 23, 2020. Cadence of Hyrule is available on Nintendo Switch. You can read our playtest of the Octavo’s Ode update here.