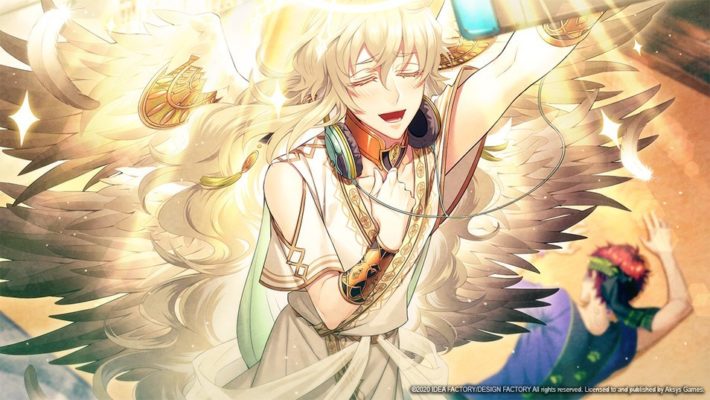 Aksys’ next Nintendo Switch otome game will include something special with its physical copies. Cafe Enchante art cards have been announced. If people pick up a launch copy of the game, they’ll get a set of six character cards in the box.

Each of the major characters will have their own art card, which will have their character portrait, a brief biography, and a chibi version of themselves on it. The initial art clearly shows what the Kotone Awaki and Misyr Rex cards look like. Canus Espada, Ignis Carbunculus, Il Fado de Rie, and Kaoru Rindo all also appear to have their own cards, though theirs aren’t really visible. 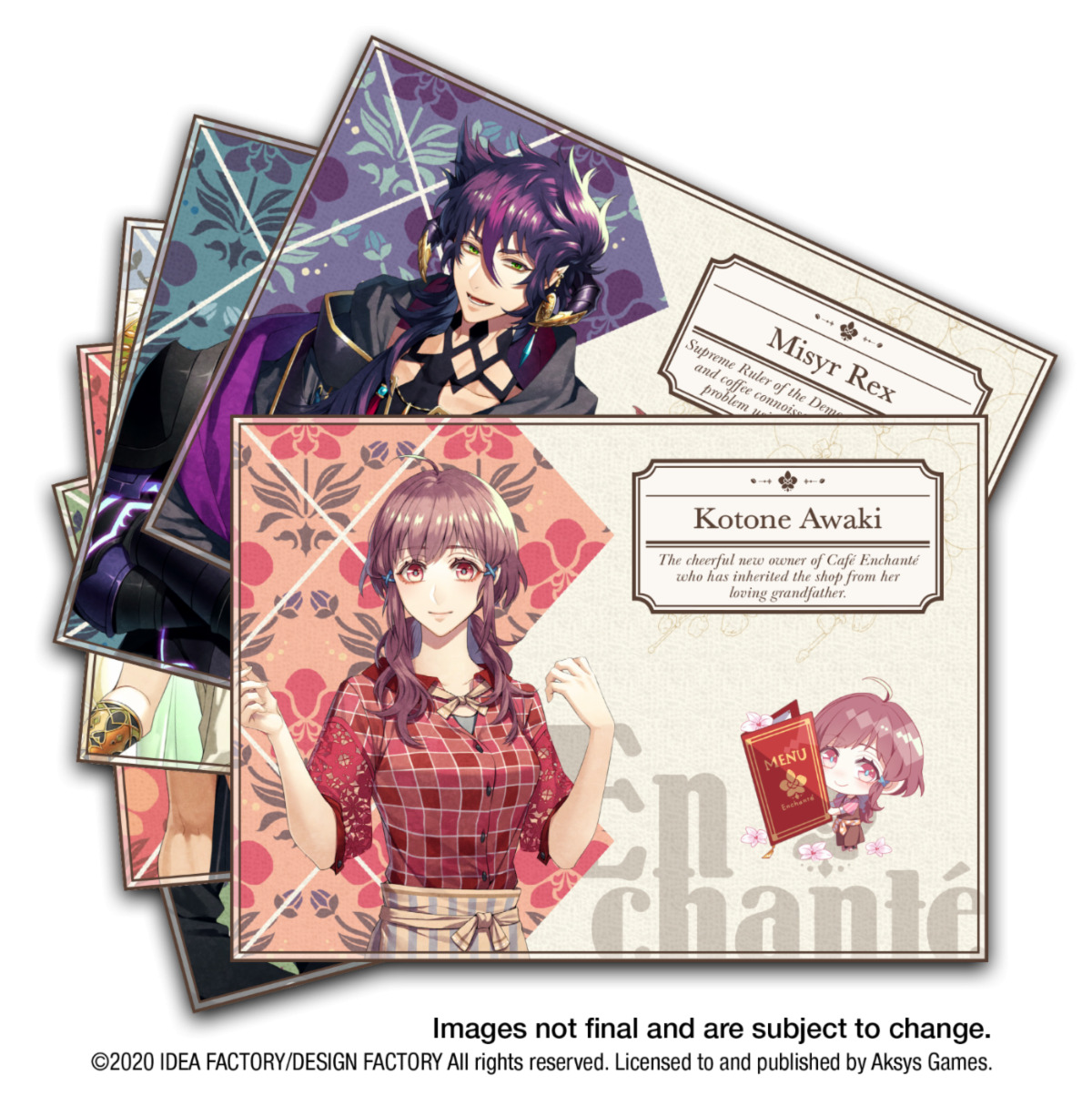 This is the second recent Aksys release to also get art cards as a bonus. When Piofiore: Fated Memories was announced, the company confirmed that the first round of retail copies would include a set of six cards featuring art of the heroine and the bachelors she might fall in love with over the course of the story.

Cafe Enchante will come to the Nintendo Switch on November 6, 2020. Digital and physical copies will be available, though only the first-run retail copies will have the Cafe Enchante art cards. In case you missed it, Siliconera spoke with the people localizing this otome game.