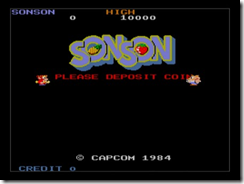 Virtual Console Arcade launched in Japan with a ton of games Namco Bandai and then fizzled out. Now Capcom is contributing their arcade classics starting with Sonson.

Sonson is an auto-scrolling game loosely inspired by the Journey to the West fable. You control Sonson who shoots bullets and collects fruit. See how there are multiple platforms? Sonson can jump up or down to walk on different paths.

Capcom plans to release Sonson as a downloadable Virtual Console Arcade game for Wii this summer. Plans for a North American release have not been announced at this time. 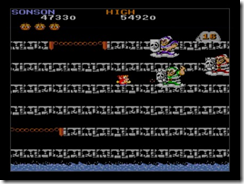 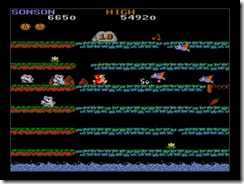