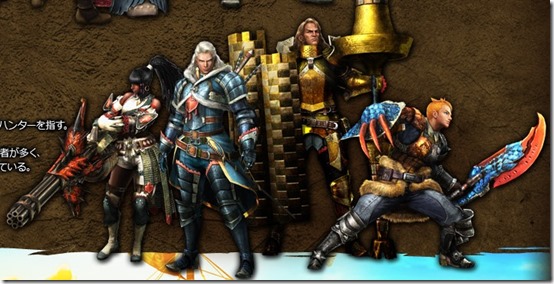 While you won’t be seeing Mr. T going around hunting Goa Magara anytime soon, Capcom have introduced a group of four elite Hunters who are more than capable of doing so themselves. They were briefly shown in Monster Hunter 4’s latest trailer, and according to the latest website update, it seems like they’ll be playing a big role in the game’s story.

The Lead Hunters are a group of Hunters who take on special requests from guilds that aren’t given to your average Hunters. In addition to being great Hunters, they consist of members with specialized knowledge who excel at specific techniques. They often travel around the world to accomplish various missions.

The leader of the group is a Dual Blade-wielding young man. While he may still be young, he prides himself in what he does, while remaining strict on himself. He doesn’t speak much, but when he does, they’re often blunt words, making him slightly difficult to approach. He also doesn’t really get along with others due to the said fact.

The Lead Hunter’s gunner is an intellectual, cool-headed lady. She understands the leader’s personality very well and often acts as his mediator when required. She has a keen sense of judgment, and also helps out the group by assisting the leader and planning out strategies.

The lancer is the most experienced veteran Hunter of the group. He’s a noble character who is trusted by the guild and other groups. He is mentally and physically talented, and is very well respected by all the Hunters around him, even the party leader. He’s also an old friend with the main caravan leader and others of the group.

The group’s rookie is a friendly, cheerful, and carefree character who has the ability to calm others around him with his outgoing personality. He excels at various abilities, and can even handle any weapon or item at any given opportunity, making him quite the versatile Hunter.

Thanks to these abilities, he’s been selected to join the group, regardless of his inexperience. His favorite pastime is shopping.

One of the traveling caravan members who’ll be joining you on your adventure is the Wyvernian Wholesale Dealer, who has many connections and will be supporting you by providing items. 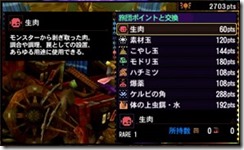 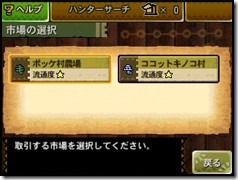 You can check out various items the dealer has gathered during the day, which can be exchanged for Caravan Points. These items will change after every quest. He also takes requests from villagers who want certain items. By fulfilling these requests, you can gain new business partners and facility expansions.

Additionally, he has an item increase option, that allows you to increase the amount of certain items you’re holding. This feature will especially be useful for stocking up on Herbs and Blue Mushrooms that are used to make potions. He will also trade materials for other materials the Hunter has in stock.

The Felyne chef will be returning as a traveling caravan member in Monster Hunter 4, too. The chef system will have the same system from Monster Hunter 3 Ultimate, where you can pick two main ingredients for a combination of various status effects. If you’re lucky, you’ll be granted additional skills that will help out on your quest.