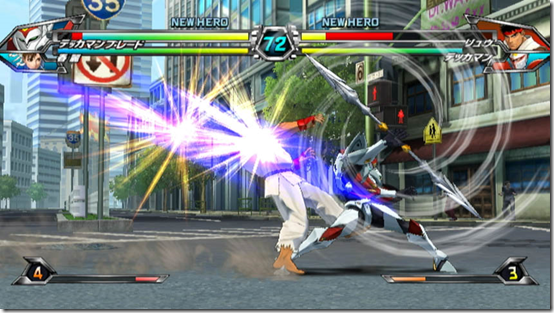 Tatsunoko vs. Capcom: Ultimate All-Stars is an updated re-release of Tatsunoko vs. Capcom: Cross Generation of Heroes which Capcom brought to the Wii last year. Instead of charging another 5,980 yen ($65) – the original price of Cross Generation of Heroes, Ultimate All-Stars is 3,990 yen ($44). Not much of a discount compared to the $49.99 copies coming to North America, but hey it’s new for us.

Since Tatsunoko vs. Capcom: Ultimate All-Stars sits between the price of a brand new Wii game and a Greatest Hits re-release in Japan, it’s easy to imagine stores here selling Super Street Fighter IV for $39.99.