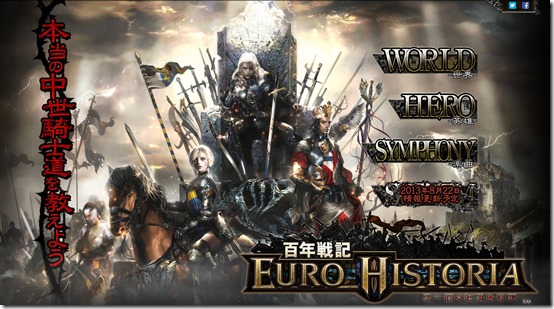 Hundred Years’ War: Euro Historia is a strategic role-playing game, surrounding the events of the Hundred Years’ War that took place in Europe, circa 1337 to 1453 A.D., between the Kingdom of England and France. The game’s story will revolve around the profound tales of key historic figures, such as Joan of arc, Edward the Black Prince, and the Holy Roman Emperor Charles IV (pictured above).

The battle system will rely on heavily on strategizing battle formations and other tactics. According to Capcom, there will also be several features yet to be seen in other titles.

Hundred Years’ War: Euro Historia will begin service on December 19th for Windows and Mac. It will be free-to-play, with the addition of premium items that can be acquired with cash.