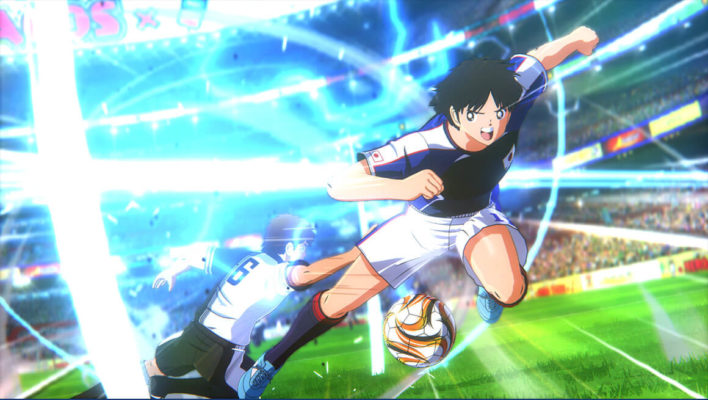 The recently announced PS4, Switch, and PC game Captain Tsubasa: Rise of New Champions got a bunch of new gameplay details with info on special skills, dribbles, V-Zone, and more.

Here’s a look at the latest gameplay details for Captain Tsubasa: Rise of New Champions from the official website:

The base for all controls: 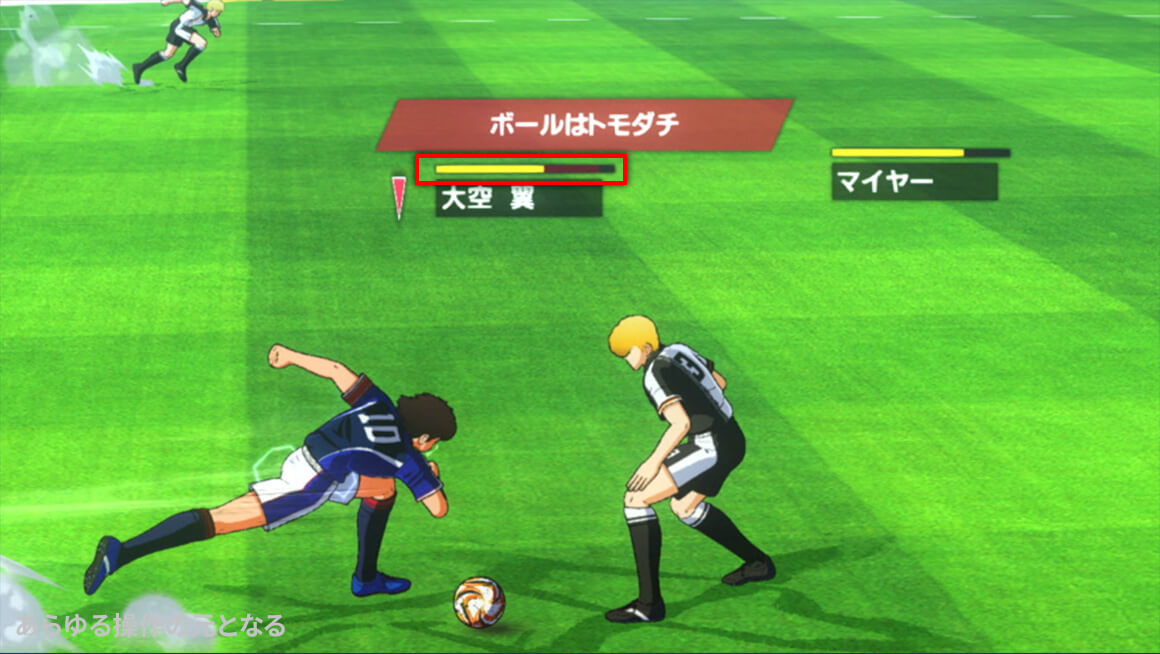 Spirit Gauge – In this title, all characters have their own “Spirit Gauge”. This gauge is consumed when a character dashes or activates each move (Special Move). How to best use your Spirit is the key to gaining an advantage during a match.

The symbol of Captain Tsubasa: 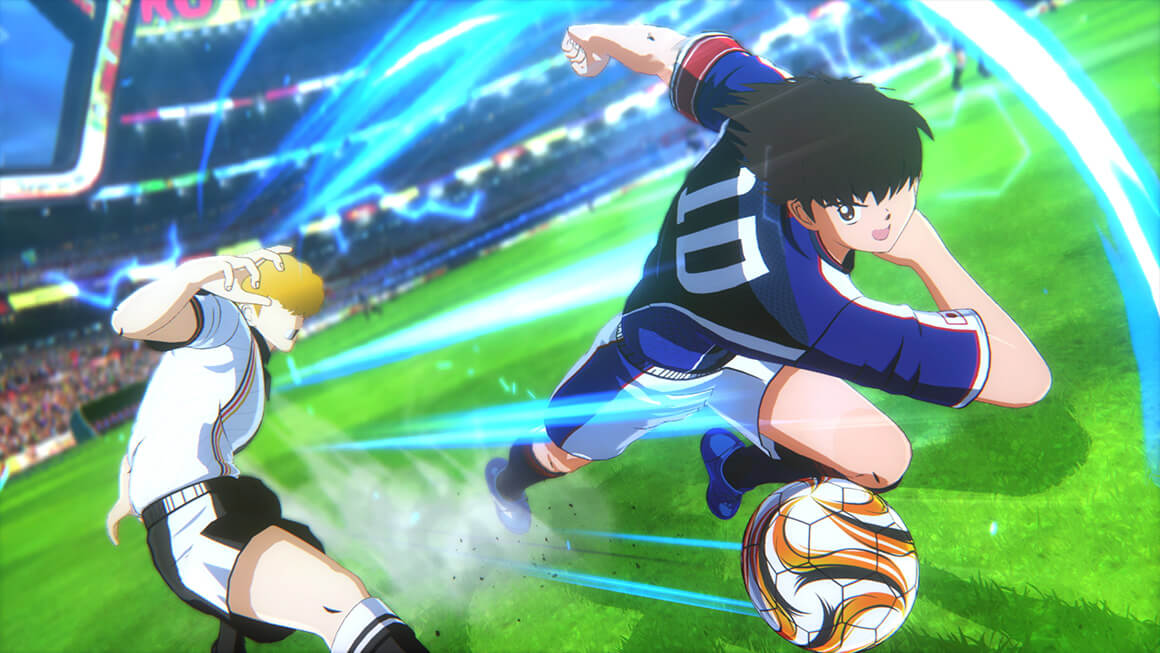 Move – The symbol of Captain Tsubasa, a “Move,” can be activated, consuming a certain amount of spirit. “Moves” are diverse, ranging from ones directly linked to scoring goals such as shots to others like dribbles or blocks. Scoring and preventing goals by utilising these Moves is the most important aspect of the game.

Bring uniqueness to each player: 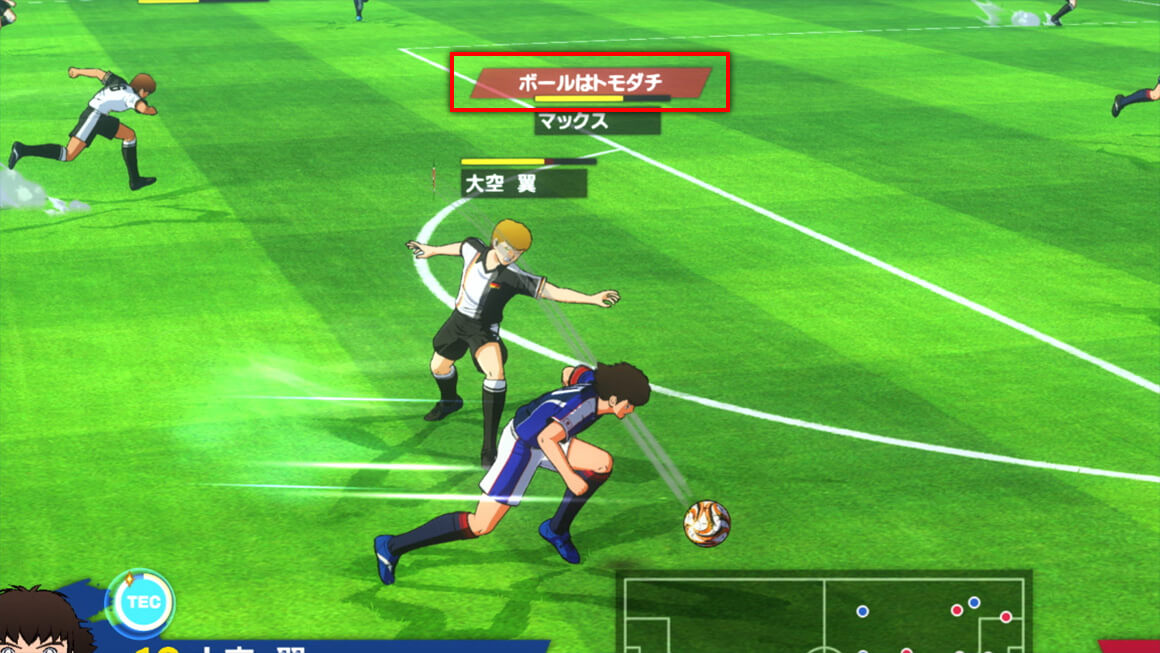 Special Skill – In this title, each player has access to “Special Skills” in order to recreate features of the unique characters in Captain Tsubasa. These skills affect a character’s attributes and Spirit level, and their activation conditions differ depending on the score, the player’s position on the field, etc. Using characters who have skills suited to the player’s strategy and utilising them properly during a match are key to securing victory.

Unify as a team and take control of the match: 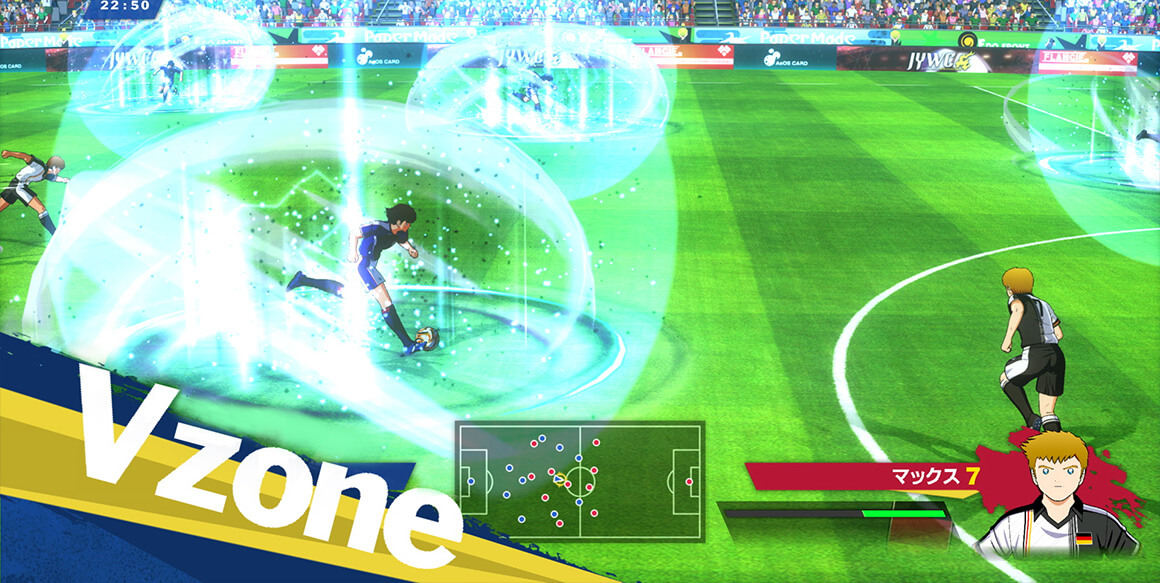 Dribble right through the opponents with diverse moves: 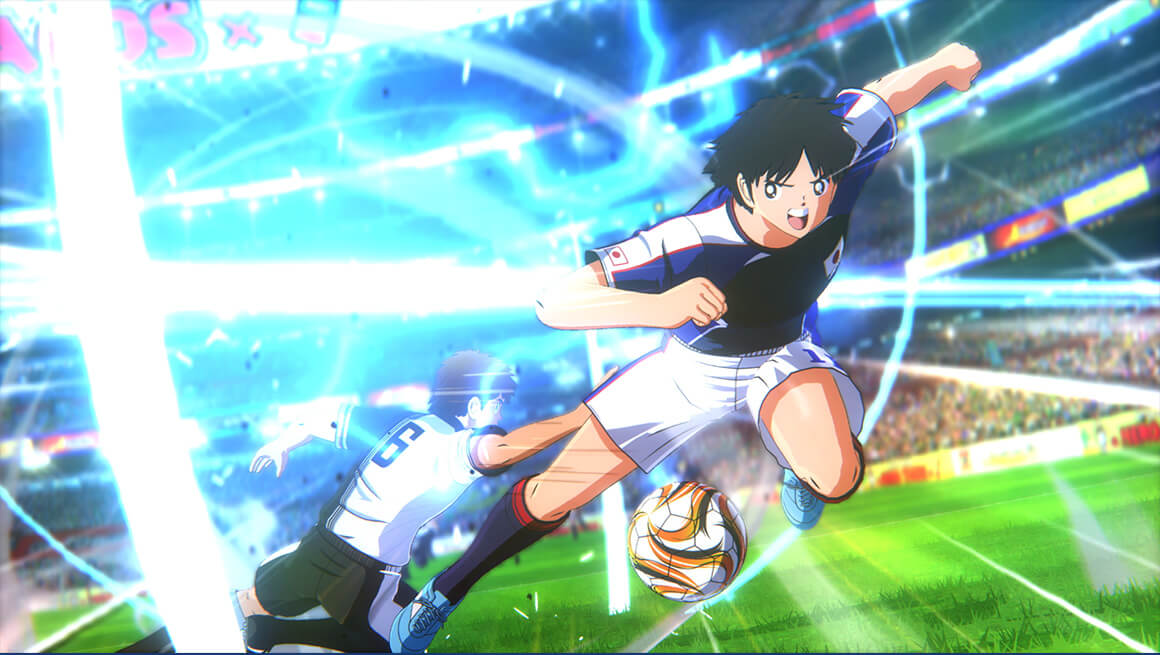 Dribble – In this title, a character dribbles right past their opponents by selling a dummy or utilising “Dash Dribbles” and “Dribble Moves.” Dribbling past opponents in succession activates a “zone” (buff effect), which makes it easier to charge Spirit Gauge and Shot Gauge, so the character can quickly strike a powerful shot.

Charge the gauge and strike a Special Move: 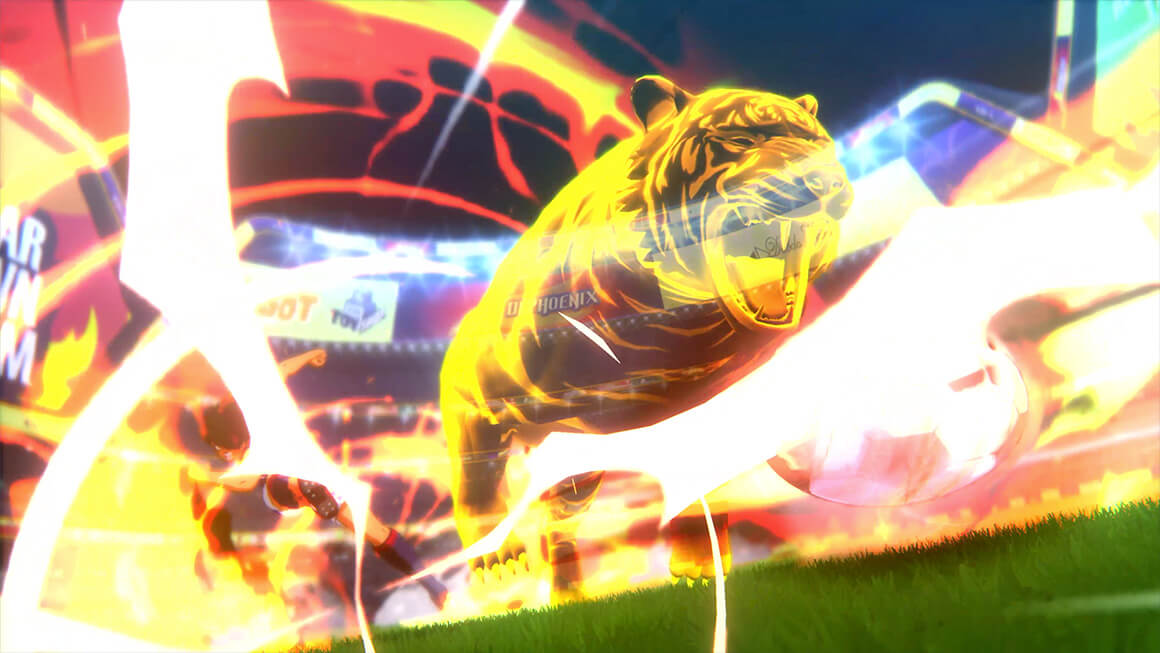 Shot – When a character fully charges their Shot Gauge without being tackled by an opponent, he can strike a powerful “Shot Move.” Some characters can activate an even stronger “Super Shot Move” by fully charging their two-staged gauge. 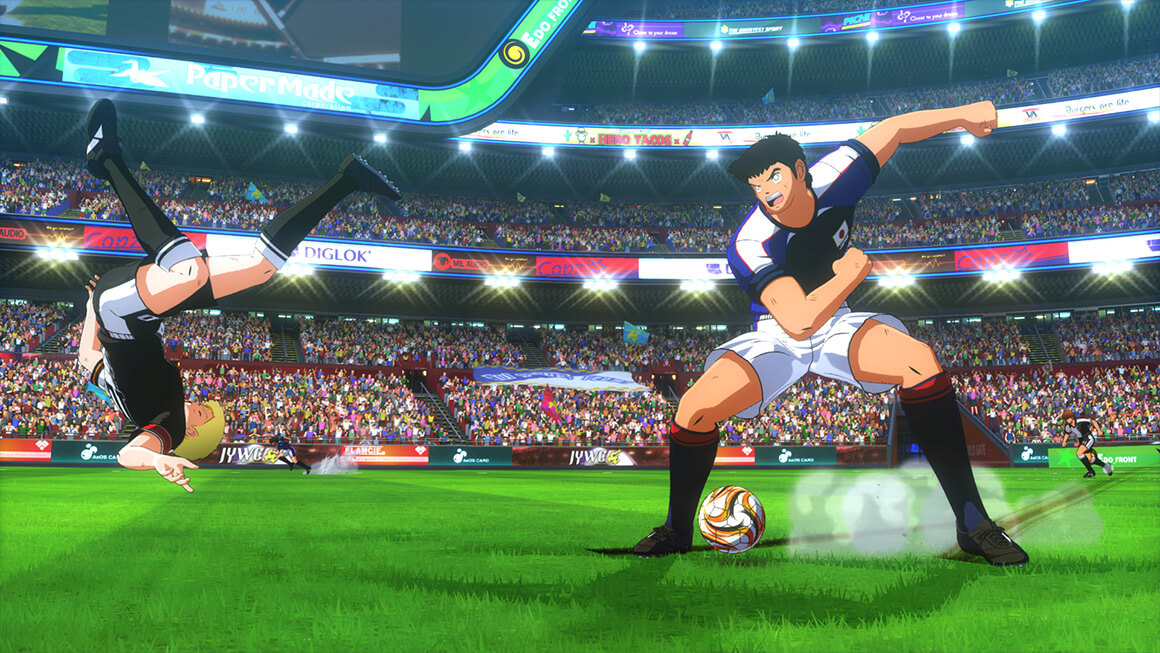 Tackle – Characters can steal the ball using both “Dash” approach and “Tackle Moves” in response to the dribble patterns of their opponents. Some types of Tackle Moves are so powerful that they leave the opponent immobilised on the ground for a short time.

Save the gauge to the end: 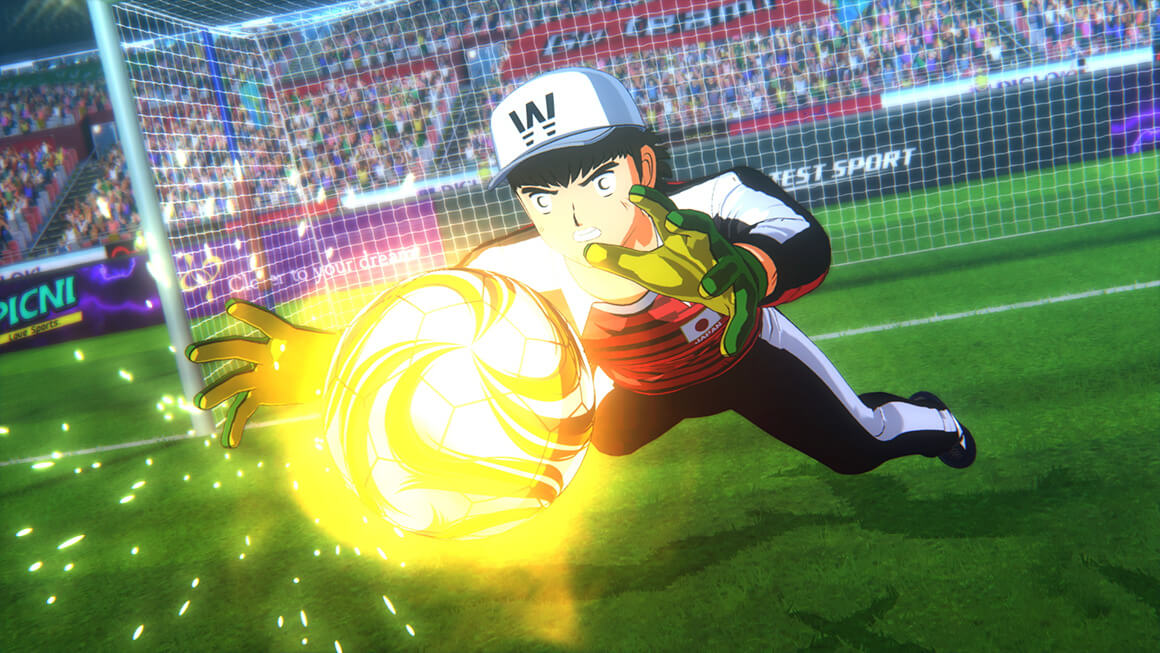 Goalkeeper – In order to recreate superhuman goalkeepers in Captain Tsubasa, this title introduces an energy gauge system for goalkeepers. When this gauge is depleted by shots, it becomes easier to score a goal. Furthermore, some characters can use their V Zone gauge to perform “Super Saves” that can completely block a shot.

Aim for optimal timing in the air:

Aerial Shot – There are also shots that can be activated only in the air, as well as shots performed in collaboration with another player. Players can aim for the goal in many different ways, according to the situation. 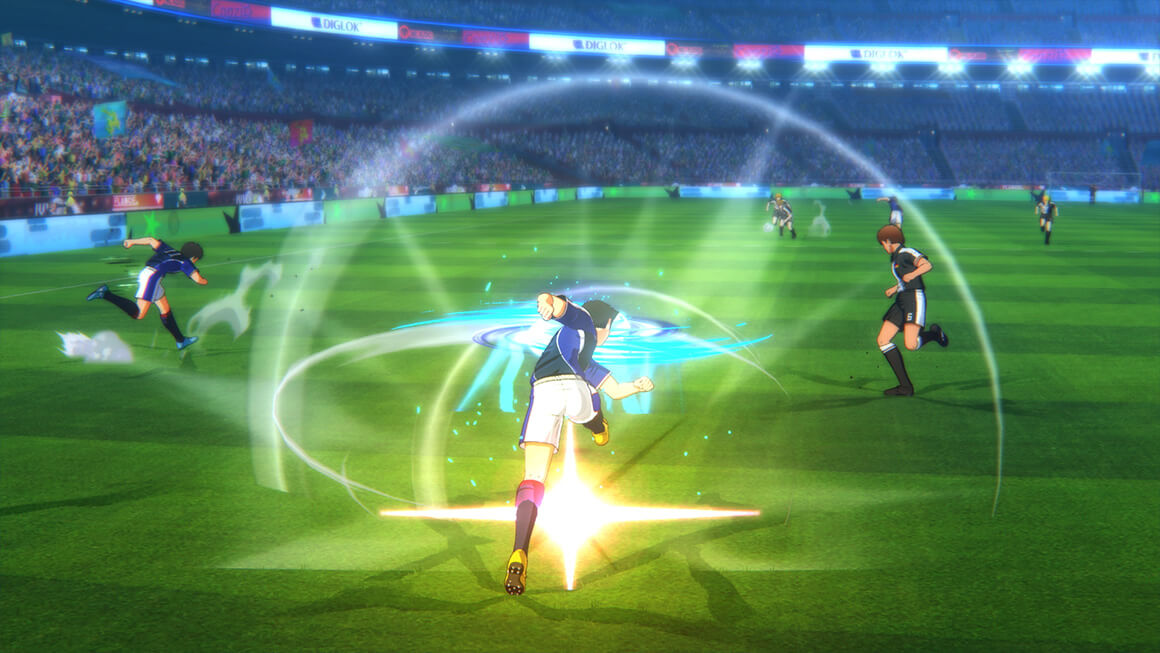 Block a shot with your whole body: 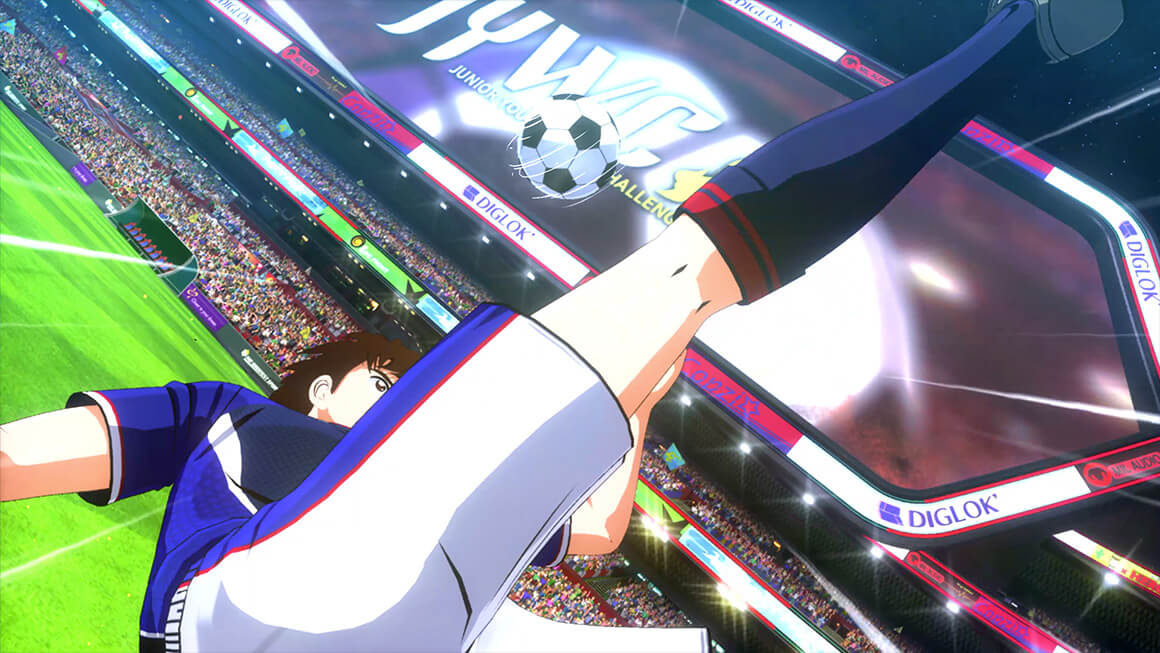 Block – Some characters automatically activate a “Block Move” if they are in between an opponent’s shot and the goal. Successful Block Moves will block a shot and slow down the depletion of a goalkeeper’s gauge.

Captain Tsubasa: Rise of New Champions releases for PlayStation 4, Nintendo Switch, and PC via Steam in 2020. Check out its announcement trailer and first details in our previous report.