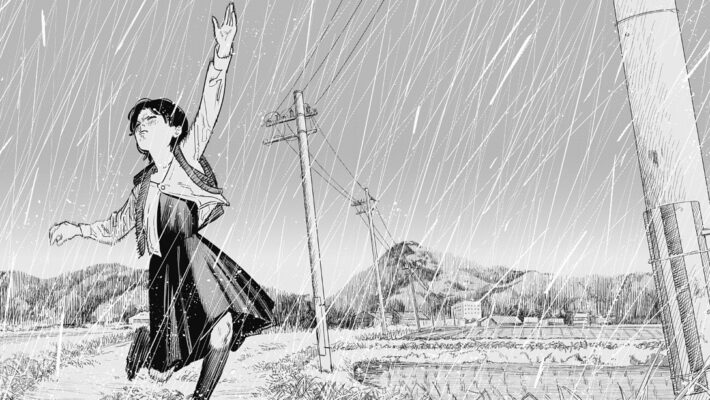 Tatsuki Fujimoto, the creator of popular manga series Chainsaw Man, has released a new oneshot manga titled Look Back. The oneshot follows two students with a passion for manga as they strive to become professional artists. Look Back is currently available to read in English for free on Viz Media’s website as well as Shueisha’s Manga Plus.

Look Back, Special One-Shot: A huge 140+ page one-shot from Tatsuki Fujimoto, the creator of Chainsaw Man! When two students aspire to become manga artists, the paths they choose change their lives forever. Read it FREE from the official source! https://t.co/ZQIxXK2KFZ pic.twitter.com/XFJu6aXQpJ

The 145-page short story follows two elementary school students who start drawing four-panel comics in their school newspaper. The story touches on topics such as creative rivalry, growth as an artist, and the inability to change the past. The oneshot is seemingly unrelated to Chainsaw Man in terms of worldbuilding. Nevertheless, it serves as an emotional coming-of-age story that is almost semi-autobiographical in nature.

Fujimoto’s “younger sister” also took to Twitter to thank the artists who helped create the oneshot manga in her brother’s stead, many of whom have worked on other Shonen Jump+ series and oneshots such as Dandadan and Doctor Mermaid. Look Back even includes references to Chainsaw Man and Fujimoto’s past works in the form of background art.

A Chainsaw Man anime adaptation was announced back in December 2020, with Jujutsu Kaisen studio MAPPA producing. MAPPA also shared a teaser trailer for the anime last month, giving fans some brief glimpses at the series’ signature gore and action sequences in a blend of 2D and 3D animation.

You can read the full Look Back oneshot manga via Viz Media as well as Shueisha’s Manga Plus. The original Japanese version is also available via Shonen Jump Plus.